One of the best, still working at his peak... 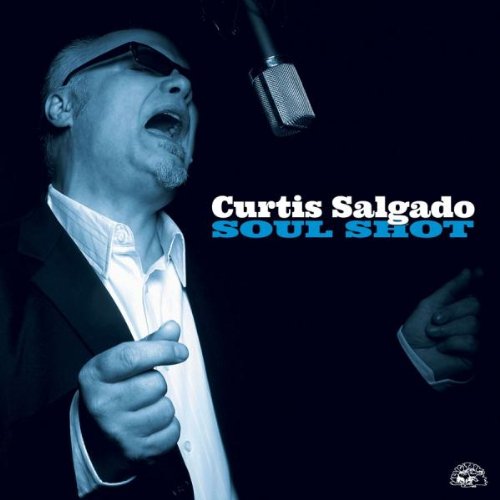 Curtis Salgado is one of the greatest living singers; you don't have to question whether or not he's going to deliver because his off days are Grammy worthy so the success of a new record has very little to do with the man himself. The determining factors are primarily going to be the quality of the material and the possibility of some producer thinking too much and getting in the way and fucking things up.

Salgado is a sophisticated vocalist versatile enough to croon a gentle ballad and intense enough to sing straight-ahead soul, keeping him leagues ahead of peers who've had to resort to churning out tepid Adult Contemporary schmaltz.

I want to play "What You Gonna Do?" for all my Van Morrison fans because while Salgado is no soul impersonator, both men would likely sing this song much the same way. It's an energetic opening to the record with big blasts of soulful organ from Mike Finnigan and a rumbling, shifting bass line from Larry Fulcher.

Salgado fans know the man is a duel threat and it really should be against the law to have those pipes and have the kind of harp chops he does. You get plenty of both on cuts like "Gettin' To Know You" and "He Played His Harmonica."

The highlight of the record is "She Didn't Cut Me Loose," which opens with a short, sweet, souful harp intro. Salgado gives yet one more song about love gone wrong real energy as he finds the silver lining in what would be heartbreak for most when he sings "She didn't cut me loose, she set me free." What might be silly posturing in the hands of some vocalists is confidence, not cockiness here. The character in this song may have himself the wrong kind of trouble and a lost weekend or two but when the dust settles, he'll be ready to find the one real love that matters and be happier for it. It makes me hope he'll one day record a soul version of the modern Chicago blues kissoff classic "You're Gone" from Chris James and Patrick Rynn from their debut Stop And Think About It.

There are some great horn accents on "Love Comfort Zone" and a slinky, sweaty disco groove beneath "Gettin' To Know You," both of which he sings with conviction and skill with another great harp workout on the latter.

Curtis Salgado reached the mountaintop as a vocalist ages ago, making the challenge to avoid repetition and complacence; he succeeds on Soul Shot. He commits himself to each song and while some stand apart from the rest, the entire listen is deeply satisfying.