The "Next Big Thing" shows promise on debut but still has room to grow... 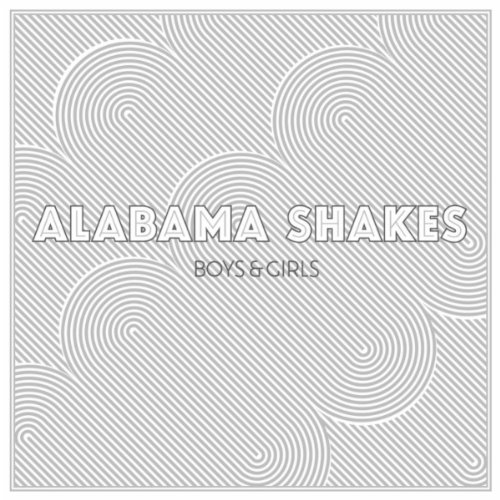 Another indie band is in the process of being anointed The Next Big Thing and they hail from my stomping grounds of North Alabama.

Alabama Shakes is a four-piece that has cobbled together a grungy, indie retro Southern soul hybrid and it reminds me of when Amy Winehouse was famous for music. The Shakes aren't copping her Motown-meets-Wall Of Sound style but they passionately embrace vintage sounds to create their music. The Winehouse reference is again applicable because vocalist Brittany Howard maps somewhere between Winehouse and Janis Joplin- less throaty and abrasive than Janis but not quite as purely soulful as Amy.

As for Boys & Girls, it feels like it was constructed with more emphasis on style than hooks or melody. The songs are compact and the band has etched out an interesting but limited musical terrain they inhabit with impressive discipline. The bookends of "Hold On" and "On Your Way" are strong points as are "Rise To The Sun" and "I Ain't The Same."

It's a warm, pleasant listening experience but this is not a "songs" record, and that becomes a problem. There aren't any low points nor is there a "holy shit" single that makes you want to hit repeat so you can listen to that one great song over and over again.

I'm not talking about a single out of concern for their commercial viability because we all know contemporary corporate radio serves up uninspired rubbish. The Shakes have no place in that vapid wasteland but this is a band running against the grain, reaching back to a time when that kind of FM moment mattered because it was something special. Boys & Girls has the combustible ingredients; it just needed that one spark.

Maybe it sounds like I'm damning Alabama Shakes and their debut with feint praise but that's not my intent. I like the record, its sound, and unwavering sincerity. There is devotion and commitment in every crack and crevice of Boys & Girls but that sticks with you much more when the 37 minutes are up than any of the songs. The Shakes are contenders, not pretenders, but they're not ready for their title shot... yet.