Amy LaVere - 'Stranger Me': The Miracle Of Making Heartbreak Beautiful

The beauty of heartbreak, exposed... 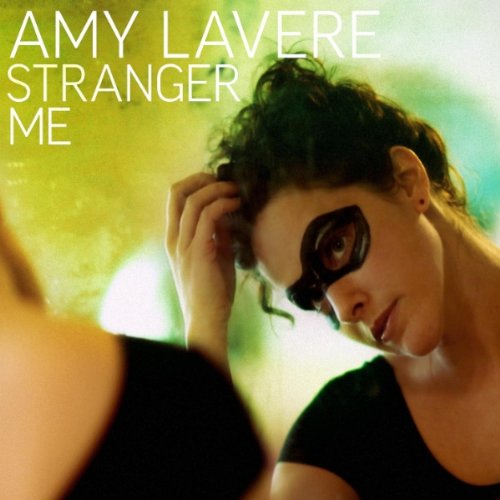 "Damn Love Song" is a brilliant, haunting piece of songcraft that opens the album with our story already in progress. I sometimes find it difficult to relate to songs about songs, or about songwriters but it doesn't take much effort to put ourselves inside this situation. For LaVere and her now former lover, a love song might have been an unfulfilled promise of the relationship that died, perhaps just one of many promises made but weren't kept before it was too late- or maybe LaVere is just cleaning out her closet and emptying her apartment of relationship memorabilia. The latter seems a little more likely if we take our cues from the airy drone created by Rick Steff's harmonium, air organ, and accordion accents.

"Red Banks," the first song I heard from the record, is drenched in the lore of the Delta and I wouldn't have been a bit surprised to see the songwriting credit go to Memphis Minnie rather than Kristi Witt. A woman is convinced her relationship is going to end in murder: hers or his. She envisions drowning him in the river before he can get to her... and then at the end of the song denies or is in denial

"You Can't Keep Me Here" is filled with breakup language cliches and about the time I was about to give up on it, I found myself smirking at the line " I don't need this love for any kind of heartbreak resume." Just as soon as she'd delivered that line, the cliches started again and I was about to get annoyed because LaVere is a stronger lyricist than that, until I realized the joke was on me all along:

"I'm stompin' out of here

I hope the rain comes pouring down-through your roof

She's been here before and there's nothing special about this one other than, well, breakups suck.

LaVere sells "Often Happens" with her vocal and some aching harmonies provided by producer Craig Shivley but beneath the pretty sounds and beautiful singing, she reminds us of the torturous hours and days spent creating home movies of the roads not traveled and words left unsaid:

Often happens when I start to sleep

I imagine we can really talk

And we're saying all the things that awake we only thought

Through it all, whether it's detailing the scars of heartbreak or a cover of a Captain Beefheart song, LaVere's beautifully expressive voice is at the center of it all. It is one of art's divine miracles, the ability to take the pain that living brings and make it something beautiful. Stranger Me is one more elegant example of that phenomenon.