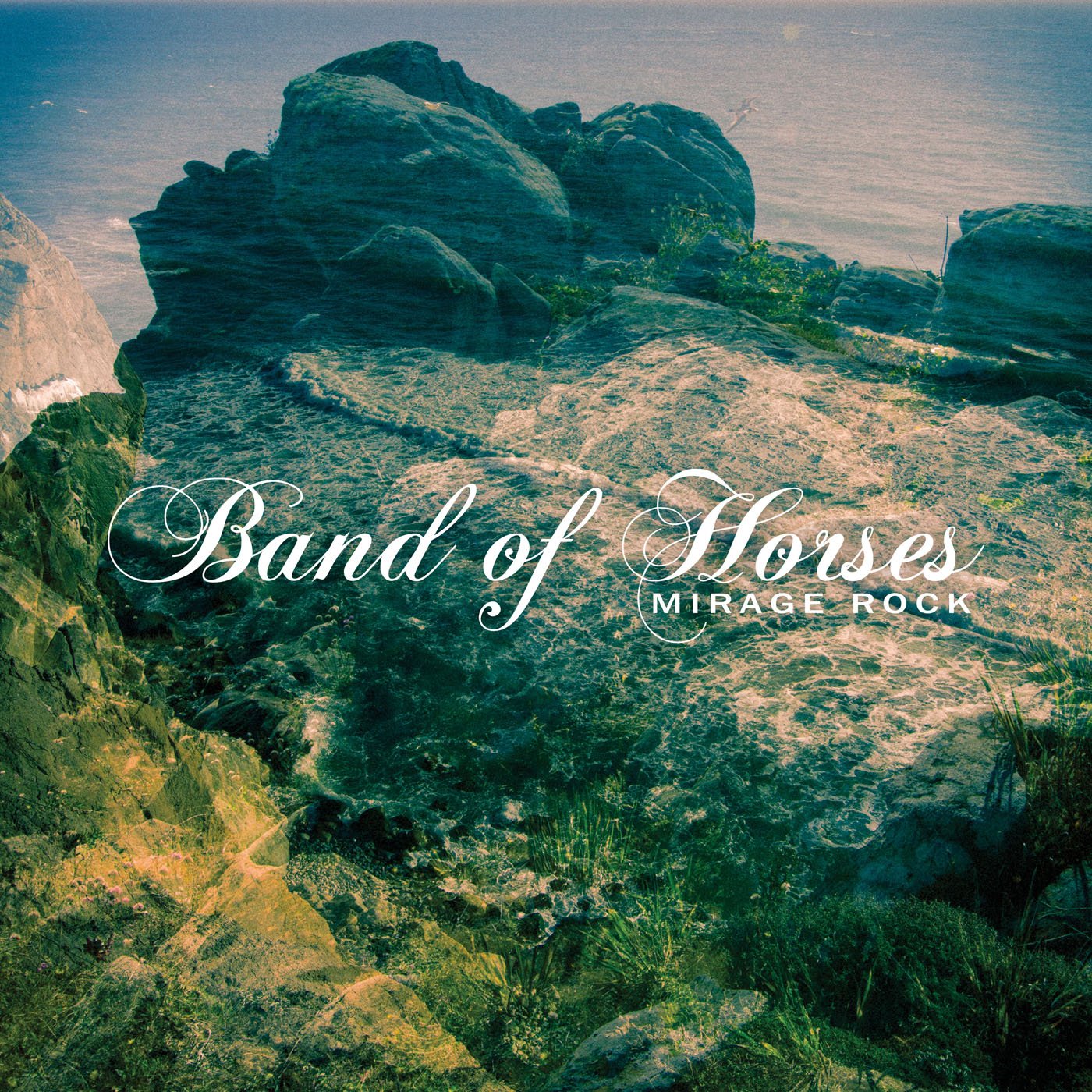 If you've never heard of Band Of Horses or been graced by their music, I implore you to do so immediately. Following their mega-successful 2010 release of Infinite Arms we've been gifted with a new single off their fourth studio album Mirage Rock, artwork, and track listing. Oh happy day!

“Knock-Knock” was released Tuesday (July 10, 2012), the as the first single off the album coming at us on September 18, 2012 and just after three or four listens I was hooked and more in love with nutty Ben Bridwell and the boys.

Legendary Glyn Johns (Beatles, Led Zeppelin, The Clash, Eric Clapton) is producing this latest effort which can only be a good thing. Even at 70, the man has an ear for the beautiful oddities in music and with a lead singer with an almost abrasive voice and band with lilting, beautiful harmonies, you need someone who understands how that contrast is delectable.

While the BoH sound is firmly intact here and feels as magical as ever, as a lyrics fiend I’m left cold by the generic, throwaway words that don't feel attached or a part of any real feeling or emotion. As the men who gave us “No One's Gonna Love You” we expect a lot more than this each and every time especially from a lead off track. Whenever I hear singles ahead of album releases I always reserve some criticism until I hear it all together as one cohesive unit with the other tracks. While song placement won't breathe any life into this song, it may make more sense.

Despite it's shortcomings, it's a pretty and brainless listen that I've had on repeat for days. I look forward to more singles and the full album release in September and will review it and give you my thoughts soonest. It's available for download at iTunes and there's also a weird video to whet your appetites until we get an official one (assuming this isn't it).

We also have the complete tracklisting for the upcoming album Mirage Rock below: