Mr. Zimmerman Pulls A Fast One in the Far East 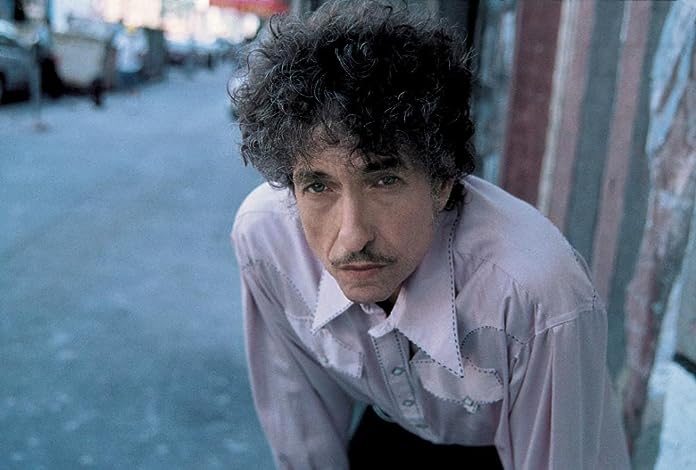 Not long ago I received a call from a friend who informed me that Bob Dylan opened his first ever concert in the still-communist China with the song, “Gonna Change My Way of Thinking” from his landmark LP, Slow Train Coming. After all these years, Dylan is, once again, doing something subversive, at least the Dylan version of subversive. It has only been a few years since that song and performance could have gotten him killed or detained by government agents. He did, however, submit his set list to the government goons to tell him which songs – not – to play and, in doing so, annoyed a lot of people and really pissed off Maureen Dowd of the NY Times. Even though he has opened shows with “Gonna Change My Way of Thinking” several times, I can’t help but surmise that his China debut was a deliberate choice. I would be disappointed to learn that it was not.

Regardless of the censorship, the people loved it and he was given an award of some kind of merit during the show. He certainly is worthy of an award of any kind – even from Communists for some of the most enduring and influential music of any artist. He has repeatedly said throughout his 50-year career, he didn’t want to be a spokesman for anything; he was an artist presenting ideas to everyone. I don’t think the Chinese government got the message. The American government, as well as fans and critics, have tried to figure out the man and the mystery longer than many Dylan fans have been alive. I have the feeling he enjoys confounding people and being subversive on his own terms.

The Chinese sensors vetoed “Blowin’ In the Wind” but allowed “Gonna Change My Way of Thinking.” Obviously they did not check the lyrics too closely. If they had known Dylan’s early period or watched clips of him singing at rallies in the early sixties, I doubt he would have been invited, even though it has been decades since Dylan stood for something besides his music. The last instance of Bob being a champion for much of anything was the middle- seventies Hurricane Carter incident where Dylan declared Carter a victim of the system – '70s jargon for racial profiling. It turns out Hurricane did the crime and Bob got some criticisms but also got a great song out of the situation.

Music and event producer Jeffrey Gaskill is the friend who called me with the news. With the permission from Dylan’s management and The Bob himself, Jeff produced a CD of Dylan’s gospel years, Gotta Serve Somebody: The Gospel Songs of Bob Dylan. The recording garnered two Grammy nominations and accolades from critics, fans and even Dylan himself. He seemed pleased that someone was interested in revisiting that period. All the tracks were chosen from his conversion to Christianity period in the early eighties in which Dylan proselytized from the stage and didn’t play a single song from his vast catalog.

Prominent Gospel and R&B artists were approached to perform one of the songs from Slow Train Coming, Saved, or Shot of Love. Aaron Neville, The Five Blind Boys of Alabama and Shirley Caesar all contributed amazing performances but the stand out track was the Grammy-nominated “Gonna Change My Way of Thinking” as a duet with Mr. Dylan and the great Mavis Staples. Unfortunately, shortly after release, the CD fell into the major label void of non-promotion but, thankfully, is still in print. Gaskill also produced the accompanying documentary of the same title as well. It is worth checking out by fans of Dylan or gospel music or both. In the film, you get to see how the songs were built from the bottom up and the opinions of most of the artists, noted rock critics and even musicians and singers from the “Gotta Save Somebody” tour. And what a tour it was.

When he started those shows on the West Coast with a weeklong stand at the Waldorf Theater – chaos ensued. I have a tape of one night where the hecklers are louder than the band but Dylan persevered. The press was more brutal than the concertgoers. As Dylan had changed stripes and pissed people off many times before, no one knew if this was for real or Dylan being Dylan. More books and articles than can be counted have been written about Dylan in all of his phases but none has confounded people as much as the gospel years. It is ironic that many of his strongest critics of the trio of LPs are now taking a different tact after revisiting them three decades later.

By the time the tour landed for a two-night stand near my hometown, most every Dylan fan knew what to expect and were very receptive to the songs and didn’t even yell out during his “preaching” towards the end of the show. I was able to score an $8.50 third row seat – close enough to observe Dylan’s facial features. It was obvious he was pleased, maybe even surprised, at the reception in the buckle of the Bible belt. He did two encores and, with the benefit of my tape of the show, not a catcall for “Like A Rolling Stone” or any other pre-1979 song came from the 2500 fans that were happy he was playing such an intimate concert hall. Two years before, Dylan brought his “Las Vegas” tour supporting the “Street Legal” LP to the same venue in Birmingham but in the arena. Critics were also brutal about that album and tour but he received a great reception then also – and he was playing the hits but you wouldn’t know from the arrangements.

From reading about the reaction to his show in China, I think it is much like his shows in Alabama, people are just thrilled to see him and don’t really care what he plays. If you have never heard them, check out the three Dylan “gospel” records and then pick up the “Gotta Serve Somebody: the Gospel Songs of Bob Dylan” CD and film. If you are a true Dylan fan, or a new convert, you will see how it all fits.