Monk sets the tone for hard-bop in stone with this performance. 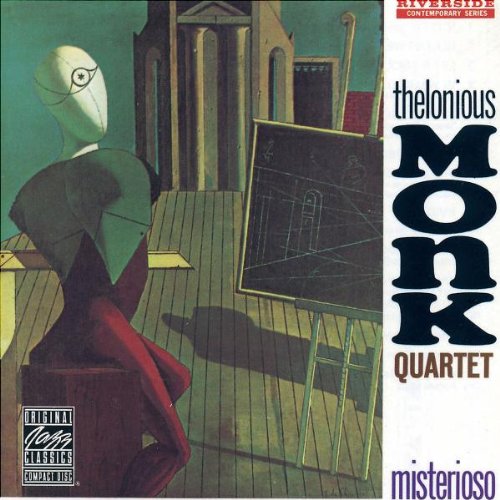 The Thelonious Monk Quartet’s Misterioso was recorded during their landmark 1958 engagement at the Five Spot Café in New York. The Quartet featured some of the heaviest hitters in jazz at the time, in addition to the genius piano of Monk, the group included Johnny Griffin (tenor saxophone), Ahmed Abdul-Malik (bass), and Roy Haynes (drums). This recording virtually defined the direction Monk’s music would follow for the rest of his career. All but one of the compositions here were written by Monk, and they display his willingness to experiment with the form in heretofore unprecedented ways.

The die is cast right off the bat with “Nutty.” As anyone who has seen the great documentary Straight, No Chaser (1988) can attest, the man certainly danced to his own drummer. While this is pure speculation on my part, the title could be a tongue-in-cheek self reference. Or it may mean nothing at all. In any case, it is a great way to begin this extraordinary set, which in many ways came to define what we now refer to as hard bop.

The Quartet swing hard all the way through the remaining five tracks, with the interesting exception of “Just A Gigolo,” which is a two-minute solo piano piece from Monk. The entire album is an outstanding example of what Thelonious Monk and his Quartet became best known for, and is definitely among his finest efforts.

Misterioso is another entry in the ongoing Original Jazz Classics series, and was remastered by the talented Joe Tarantino. As with the majority of OJC releases, Misterioso contains some bonus tracks. In this case, the additional material is pretty impressive. The three extra cuts add up to nearly a half-hour of music, which is nice, as the original album clocked in around 46-minutes.

The three bonus tunes are “Evidence,” “Round Midnight,” and a medley featuring “Bye-Ya,” and “Epistrophy.” For the medley only, the drum chair was filled by Art Blakey rather than Roy Haynes.

All of this adds up to perhaps Thelonious Monk’s first out and out masterpiece. There are other contenders of course, but Misterioso is definitely one of Monk’s finest efforts, and remains a fantastic example of his revolutionary approach to jazz. This is an album that should not be missed, and this remastered edition is an excellent way to hear it.