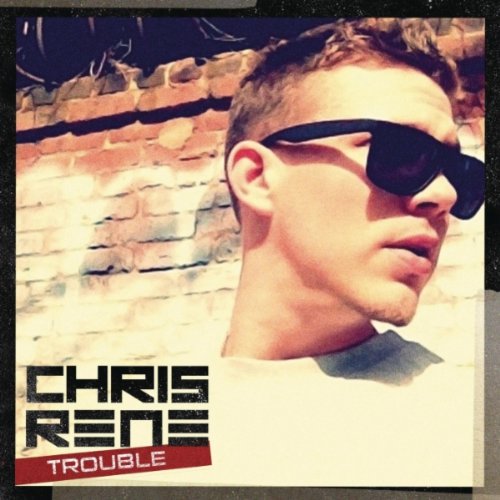 Chris Rene finished third on the inaugural season of The X Factor and won our hearts over from his very first audition. The hotly anticipated followup to his mega-popular, star-making song “Young Homie” is finally here, and titled “Trouble.” The song, written by Alex Lambert (Season Nine Semi-Finalist on American Idol), Busbee (Songwriter/Producer Lady Antebellum, Kelly Clarkson, Haley Reinhart), and Jason Bonilla and has been shopped around for several months and even performed by Lambert before being picked up by Rene and Epic Records under the working title “That Girl Is Trouble.”

This is the perfect followup to “Young Homie” because while it strays  from his signature rap/singing, it's still suited to Chris' limited vocal range and has the perfect summery sing song-y, ear worm quality that is essential for a summer hit. The chorus “That girl is trouble, trouble from her head to her toes,/ uh oh, oh oh, always takin' off her clothes” conjures up visions of girls we've all known, dated, or possible used to be. Nothing wrong with being a little trouble and those usually make for the best summer romances. Short, sweet, hot, memorable but after a few weeks you're actually relieved it's coming to an end.

From the opening strains of “Trouble,” I'm immediately reminded of a Michael Franti tune with it's little reggae touches over a soulful, poppy, track. While there are no big surprises here and this exactly what we expected from Chris after his spectacular X Factor run, I found this  to be a little young for the almost 30-year old and prefer his original songs (“Homie” and “Where Do We Go From Here”) from X-Factor. I know he can't solely release songs we already know and it's wise to get away from those songs somewhat, but his strength lies in his song writing.

Where his voice might not be the strongest or technically perfect, it really doesn't matter when you have charisma for days and know how to coax all the nuances and sweet spots from your range and place them perfectly in the song. Chris knows who he is, how he sounds best, and what we want from him. I hope his upcoming major label debut is heavy on Chris Rene -enned songs, and that his label let's him have creative control. Of all the contestants of these music competition shows, Chris is the rare artist who is ready to record, do it well, and knows what he's doing. I talk to Chris next Tuesday July 3rd, and I plan to ask him all about his record release and how much he had his hands in the song-writing or at the very least picking the tunes. Stay tuned for that interview and check back for new singles and Chris Rene news regarding all upcoming releases.

Chris Rene performs “Trouble” below and shows his true strength lies in his live performance and you can stream the strong from Spotify, as well: