Coldplay Hasn't Outdone Themselves With 'Mylo Xyloto,' But They've Done More Than Enough

Second place doesn't have to be the first loser when it comes to music...

I am not a musician – much less a popular one – but I am thinking one of the most frustrating, maddening parts of being a big megarock band must be the expectations that come with each release.

Bands could probably ease some of the pressure by not waiting three or four years between releases, but not everyone can be James Brown, The Beatles or Prince, who seemingly released classic records every other month at the height of their careers.

Coldplay shot to global stardom after having previously been critical darlings with the release of A Rush of Blood To the Head,and then made the mistake of releasing the merely ‘good’ X&Y, which, while solid, didn’t set the world on fire as its predecessor did.

Fast-forward to a new decade, and history has repeated itself. After releasing the masterful, jaw-dropping Viva la Vida (Or Death And All His Friends) to almost universal critical and commercial success in 2008, Coldplay has released the follow-up Mylo Xyloto, and the results are far more X&Y than Viva.

And this is the part where expectations suck: Mylo Xyloto is a good album. It is a really good album. It is a really good album in the purest sense of the word, as the songs form a cohesive unit rather than being a collection of randomly cobbled music that jumps from place to place. The album artwork, a collection of brightly colored graffiti on stark surfaces, ties into lyrics found on the album, while also harkening back to U2’s landmark Achtung Baby, which (maybe) coincidentally turns 20 this month.

When taken in its entirety, MX is a beautifully produced record with all the soaring choruses and catchy melodies we have come to expect from Coldplay. What is missing, however, is the signature, distinctive, world-conquering appeal of one individual song. That is to say, there is no "Clocks" or "Viva la Vida" to be found on MX, and thats is okay. This simply tells me that registered god of music Brian Eno, who served as an advisor on MX rather than as a credited producer, was allowed to have his way in steering Coldplay away from the business of making singles and more toward pursuing a great record, and the more we listen to Eno, the better off we all will be. (Take a note, Bono.)

That’s not to say that some of the songs on MX aren’t catchy as hell and won’t receive airplay. "Every Teardrop Is A Waterfall," the album’s lead single, has already done well on radio, and if "Hurts Like Heaven," the album’s first full song following the gorgeous instrumental opener "Mylo Xyloto" isn’t a hit, something is very wrong with radio.

The tracklisting here is a little deceptive at first glance. While there are 14 songs listed, three of those tracks are brief snippets – each less than 45 seconds – of lyric-less music with great titles, bringing us down to a more manageable 11 tracks. This mixing-in of short or unfinished ideas was also explored on ‘Viva,’ but this time you don’t have sit through an entire track to get to the ‘hidden’ stuff, because here the interludes aren’t hidden at all. I liked the technique on ‘Viva,’ and I like it on MX. 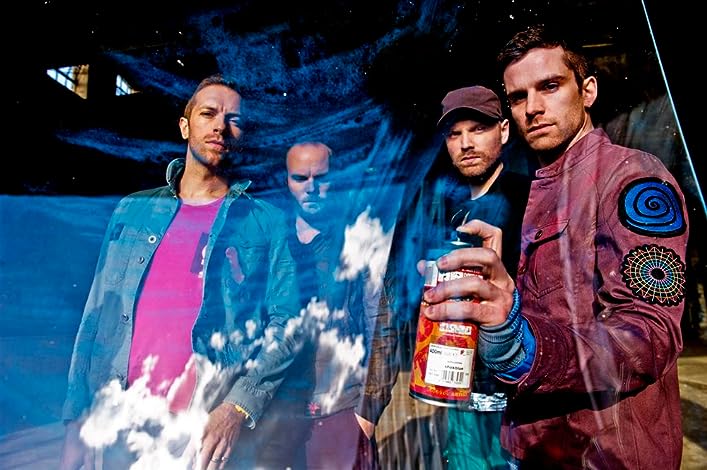 As for the songs themselves, along with ‘Hurts Like Heaven,’ initial favorites include "Us Against the World," "Charlie Brown," and "Don’t Let It Break Your Heart." As on Viva, several of the songs on MX dwell on vague themes of spirituality in the gnostic sense of the term, with singer Chris Martin trying to find his way to the reality of love and beauty while lost in a sea of confusion. As always, Martin is hopeful that we all will find our way, and let’s hope he is right.

In all, Mylo Xyloto is a fine album that deserved its strong chart performance, and the visuals found in the  album’s artwork and in the imagery of the song should make for a visually and sonically pleasing tour, just as Viva before it.

So what do you want from your new Coldplay record? Anthemic choruses? You got ‘em. Hopeful lyrics? Check. Enoesque chords that send you to the album credits to confirm The Edge stopped by the studio only to find he didn’t? Uh-huh. Songs that stick in your head the rest of the day? You’ve got ‘em here, all day long. A guest appearance by Rihanna? Yeah, I didn’t need that either, but we got one anyway. Unwanted guests aside, Mylo Xyloto has everything you would expect from a Coldplay album.

I don’t think it is fair to expect an artist to produce their best work each time out, so that being said, I am going to be cranky if critics pan MX for not being Viva or Rush of Blood. Judging MX its own merits reveals a fully realized, polished product that more than holds its own in Coldplay’s ever-expanding catalog of great rock songs.

Don’t go in expecting the grandeur of Viva, and you won’t regret picking up Mylo Xyloto. Unless you believe second place is the first loser, you won’t be disappointed.