Robillard makes this more than just another back-to-basics collection of standards... 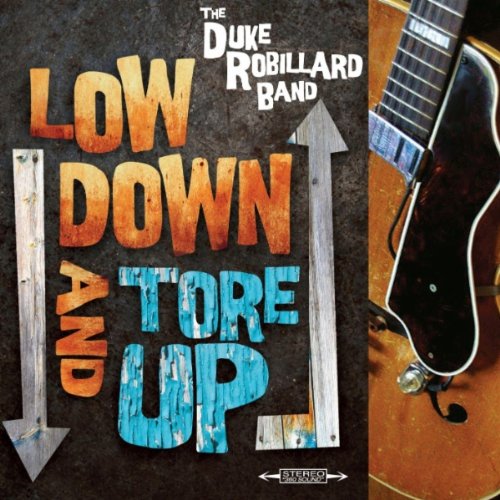 The back-to-basics album is usually something that happens after an artist is convinced they've lost the plot or has suffered some sort of commercial flop. These often turn into self-conscious self-parodies (or worse) but there are exceptions.

It doesn't really matter but in a way Low Down And Tore Up should have come before last year's Passport To The Blues (and if you haven't heard that record, there's a good chance nobody will ever love you). Passport featured mainly Robillard originals and chronology be damned it's the kind of album you might have expected after Duke reached back to his blues roots after a successful series of swing-blues discs.

Duke Robillard's Low Down And Tore Up is a back-to-basics album on two fronts: the material and recording methods. The material was carefully chosen by Robillard not only because of its significance to his own artistic development but because these songs among them works by Tampa Red, Guitar Slim, and Pee Wee Crayton share a particular grit in their DNA. Robillard was determined to capture that feeling to the point he eschewed most modern recording technology and techniques, recording these songs direct-to-tape. The material and the process matter and pay dividends for the listener but the reason Low Down succeeds where other "back-to-basics" albums fail is because Robillard's connection to his roots is deep and natural.

The highlight of this set for me is the instrumental "Blues After Hours" by Crayton. It's a great tune I first heard on Microwave Dave's blues program on WLRH and I fell in love with it instantly. It's probably the least gritty cut here but has that low-down feeling and a sophisticated nightclub ambience.

Robillard howls and growls on a roaring version of Sugar Boy Crawford's "What's Wrong?", a tune based on a swinging variation of the "Hoochie Coochie Man" riff appropriated and misappropriated by just about every bluesman who ever lived. When Robillard tells tenor man Sax Gordon to take it away, he unleashes a solo both bawdy and refined.

Surrounding these highlights is a brilliant series of expert performances -- "Quicksand" and "Mercy Mercy Mama," just two name to more -- of songs written by some of the most important names in blues history. Many have tried but Duke Robillard succeeds on Low Down And Tore Up, keeping alive a sound, approach, style, and attitude.