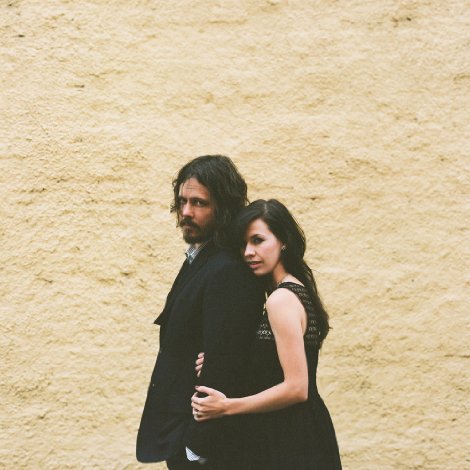 Someone at VH-1 is gonna get their ass fired for this, I swear it. I was flipping channels about a month ago and happened past the network and -- wait for it -- there was a video being played. I had to stop; it didn't matter what the video was, I was at least going to acknowledge this anachronism! Anachronism- that's a good word for this because the video in question was title track from The Civil Wars' debut record.

The video is filmed in black-and-white and apparently this "band" is actually a duo, harmonizing over an acoustic guitar riff. You have to applaud that poor bastard whose term of employment is surely over. Go big or go home; if you're going to fuck up the network's steady stream of ridiculous reality programming and play a video, make sure it's the kind of thing that has no place in modern music. Make it "Barton Hollow."

I spent a week reflecting on the experience of seeing a video and in particular, this video. I wasn't sure what to make of the song. It seemed interesting. I'm a sucker for harmonies. I'm always looking to add something to my music collection. Was I ready to buy in? I put the question to the test; I went to Satan Best Buy and told myself if they had the album in stock, I was going to audition it. In another stunning upset only slightly less remarkable than the VH-1 incident, they had two copies in stock. It took a clone in a blue polo to help me find it because clearly I was being tested to see if I would overcome obstacles to give my money to an industry hellbent on destruction. I brought it home that night and it hasn't left my stereo since.

Let's review: a TV channel played a video of a song. I saw said video. Liked said song. Went to a box chain store that claims to have everything for everyone. Found copy of said record. Bought said record. Love said record. Is it just me or does this sound like the kind of model so crazy it just might lead to people buying music?

Here... try for yourself. You're welcome.