"Duquesne Whistle" is the first single from Dylan's 35th studio album, due in September... 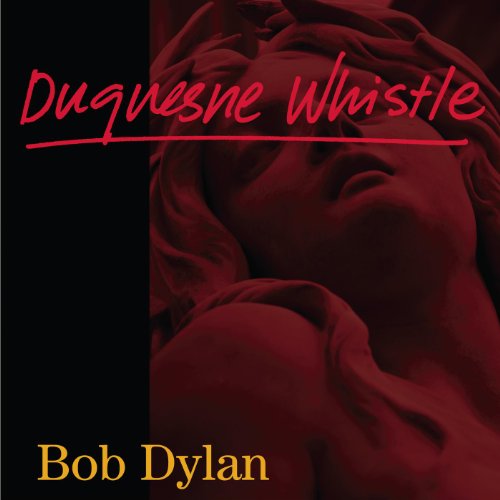 We're two weeks out from Bob Dylan's 35th studio album, Tempest, which is being released 50 years after he released his self-titled debut on Columbia Records and we now have the first single and video, "Duquesne Whistle."

We mentioned a promo clip featuring the song "Early Roman Kings" but "Duquesne" is the first track legally available for purchase and download at iTunes and Amazon and we now have a video directed by Nash Edgerton specifically for the song.

I had a conversation on Twitter about "Duquesne" this morning and my counterpart was a little less impressed with this song than I am, although we both agree we like "Early Roman Kings" a bit better.

"Duquesne" is built over the chugga-chugga rhythm of a passing train, a staple of many a country, swing, blues, and rock song over the years and that's a good frame of reference as Dylan continues to rebel against modern recording techniques and sounds. The music is intentionally antiquated and that gives it an allure but not much of a melody.

Okay, so Dylan isn't known as a master melodist in the mold of McCartney and Brian Wilson. Let's talk lyrics, right? Well, there's nothing particularly special about those either. It's a simple narrative delivered by Dylan's craggy voice against the backdrop of vintage, early 20th century music. It's good but it's not special.

Latter-day Dylan has made many special moments on albums like Time Out Of Mind, "Love & Theft, and Modern Times. I'm looking forward to Tempest because Dylan is still playing chess while everyone else plays checkers. "Duquesne" isn't a masterpiece judged against the impossibly high standards of his previous work but I'll take it and the other nine songs he has waiting for us.