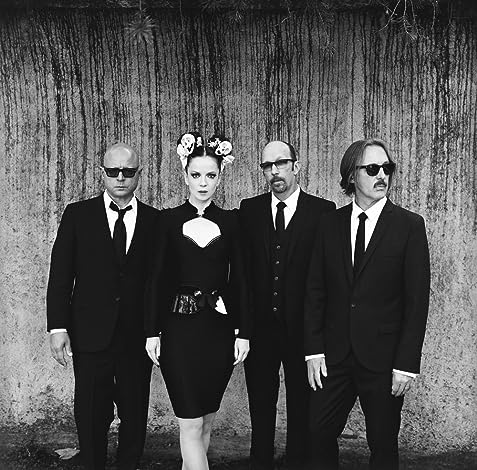 Garbage has released a video for "Big Bright World," the second they've released from Not Your Kind Of People, their first album of new music in seven years.

"Blood For Poppies" felt like an obvious choice to be a single when it was released in advance of the record. "Big Bright World" doesn't have that same immediate feel although it's still a very good song from one of my favorite records of 2012.

The video is anything but big and bright at the outset as Garbage continues with the black-and-white motif but flourishes of color become more prevalent by the video's end. "Poppies" was a black-and-white video and so were a couple of the promo clips they released in advance of the record. The visuals are powerful and Shirley Manson is a glamorous, imposing figure.

The band has toured extensively in support of the album in Europe and in the US. Unfortunately, their only stop near me is a festival appearance in Atlanta. I hate festivals and Atlanta. I would overlook the latter to see Garbage do a full set but I'm not going to pack myself in with a million mouthbreathers for an abbreviated set. I'll cross my fingers and hope they add more dates and/or don't take seven years to record and tour again.

Check out the video for "Big Bright World" below: