Stop me if you've heard this one before...

After two weeks atop the Billboard Hot 100, Taylor Swift has been deposed. The new song atop the chart is Flo Rida's "Whistle," which was the song that was number one the week before Swift. So Mr. F. Rida has taken back his usurped throne. It's all very exciting. 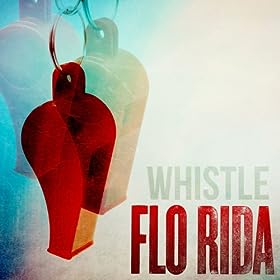 Much as was the case with Ms. Swift, I have never heard a Flo Rida song before this. I have heard his name, and I have laughed, because it is ridiculous. I mean, in a sense it does work, because it implies he rides flows. Plus, Florida is both a state and a character from television's Good Times. I assumed he was some sort of rapper, but since he isn't MF Doom, I remained in the dark regarding his work. I presume his work is more poppy and sort of a pop-rap hybrid, which makes sense, considering this song is at the acme of a pop chart.

The lyrics are dumb. They feel generic. One line stuck out to me as being particularly weird and kind of unpleasant, but I've already forgotten it even thought I literally just listened to the song. That speaks to the overall lack of impact this song made on me. It all just felt like, "Hey, I'm Flo Rida and I am great and allow me to use double entendres to tell you freaky ladies how to perform a sexual act you probably could figure out on your own." However, Mr. Rida seems to be sort of confused on how it works, although that's probably really only a side effect of the fact he had to use the word whistle for the sake of the music. Flo Rida is all about the music.

He's not all about the rapping. He more talk sings. He may ride flow, but his own personal flow is not particularly interesting. The music feels as non-impactful as the lyrics. It all feels so very generic. It feels like the music that was popular when I used to pay attention to popular music, only with less boy bands. Still, back then you could at least get a "Big Pimpin'" every now and then. "Whistle" is not near that level. The only good thing about it is the fact it features some whistling that is a bit catchy. People do love whistling. Just ask Peter, Bjorn, and John. Seriously, you can probably get a hold of them. They probably aren't doing much these days.

"Whistle" by Flo Rida. Is not a good song. It's not awful or abysmal. It was just dull and dumb. There was nothing fun about it. I couldn't enjoy it in any honest sense, and I couldn't laugh at it either. Truthfully, I preferred Taylor Swift's song. Maybe she can once again replace Flo Rida at the pinnacle of pop music ephemera. Or maybe somebody else will have the new number one and I might actually enjoy it. A man can dream.