This song has nothing but terrible singing, stupid lyrics, and awful music. Other than that, I'm cool with it. 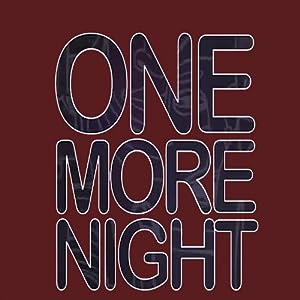 A new name finds itself atop the Billboard Top 100. Well, that is to say there is a new number one song, but it is by the band Maroon 5, which has been around for a while, and has probably had number one songs before. Their song "One More Night" is now the top hit in these United States of America.

I'm mildly familiar with the band. I've heard pieces of "Moves Like Jagger" when sporting events go to commercial. I know Adam Levine is on that show The Voice, alongside Christina Aguilera, some gentle man named Blake Shelton, and Cee Lo, who is still riding the love of "Crazy." With all due respect to The Goodie Mob, people only know him from "Crazy" I have to assume. A lot of folks probably don't even remember the name "Gnarls Barkley" and they almost certainly aren't checking out "The Mouse and the Mask" collaboration between Danger Mouse and MF DOOM. I am also aware of Levine became he came across like a pretty unlikeable dude in the book "I Want My MTV" and he only has like two lines in it.

Anyway, onto "One More Night." I was somewhat surprised when the song began, because it had a reggae vibe. Is this usual for them? Also, is this a band where dudes play intstruments? Is a Maroon 5 playing that steely guitar? Regardless, it quickly dissipates, and the musical style moves from "reggae" to what I think could best be described as "aural garbage." It sounds awful. It's not catchy and it is repetitive. Also, it may be the better than the rest of the song.

I presume Levine does all the singing for this band, and his voice sounds both strange and terrible in this song. The way he sings irks me. It feels like it belongs on some sort of David Bowie concept album about aliens powered solely by cocaine. There are times when he bays as he stretches out words like "tattoo" which is obnoxious as hell. If Levine normally sounds like this, I don't know what he's doing on The Voice. Say what you will about Aguilera or Cee Lo, they can sing with gusto. Blake Shelton is probably a nice guy.

The song is dumb as well. It seems to be about some dude who is with a lady he doesn't like to be with, but he can't break it off with her. That's where the "One More Night" part comes in, with some inane lyrics about crossing his heart and hoping to die. Oh, the lyrics in this song are abysmal. There's all the kinds of stupid stuff you expect in a song with this theme. Stuff about sleeping with her and then feeling bad about it. Also, he seems inordinately aroused by lipstick, which is weird. Then, at the end, they just keep repeating old lyrics, so at least there are no fresh horrors. Just reheated ones.

"One More Night" is an atrocious song. I actively despise it. It's the worst song I've heard in this endeavor so far, and it isn't even close. Nothing about it is good. The first few seconds are bearable, and then it falls apart fast and fervently. Is this song out of the ordinary for a Maroon 5 song? Or are they just this lousy of a band? The song isn't even fun or poppy. Taylor Swift may have topped the charts with a breakup song, but it had a nice beat to it and had some of that "girl power" I've heard so much about. This song has nothing but terrible singing, stupid lyrics, and awful music. Other than that, I'm cool with it.