Hit Parade: Taylor Swift - "We Are Never Ever Getting Back Together"

I long ago lost touch with the pop music zeitgeist. It wasn’t a matter of disdain but merely disinterest- a lot of the music, in the occasional bits and pieces I hear, does not really strike me as something I want to dig into. Like most adults, I found the music I liked, and mostly stuck to it, not really venturing out of my self-administered zone. The last time I paid attention to what was hip with the kids was when I was a kid myself, watching TRL and getting all riled up about them playing stuff like Britney Spears instead of something more authentic… like The Offspring’s “Pretty Fly (for a White Guy). Ah, the indiscretions of youth.

Pretty much all the music I listen to now comes from a year that begins with a 19, and when I listen to new music, it usually leads to questions such as “Why didn’t Dinosaur Jr. make any good music before they broke up and reunited?” which is pretty far removed from popular music. However, recently I began to ponder what is going on with the world of what is capturing the imagination of the general populace. I haven’t heard most of these musicians, even if I have heard of them. I’ve never heard a single Adele song, for example. As such, I have decided to engage in a project designed to change this fact. In what may become a series of articles, I am going to listen to the number one song on the Billboard Hot 100 list. When that song changes, I will listen to the new one. If it doesn’t change for a while, I may listen to, say, the number two song. Fittingly, this column is debuting alongside a new number one song: Taylor Swift’s “We Are Never Ever Getting Back Together.”

I am vaguely aware of Ms. Swift. I think she’s been around for quite some time, even though she’s in her early twenties or so, I’m pretty sure. I feel like she may have, at least, started off doing something in the vein of country music. I’ve also heard that she actually writes her own songs, making her therefore more “noble” than many of her starlet counterparts. Of course, I have also heard her lyrics tend to be awful, but, considering she did a lot of this as a child, I’m not going to disparage her for that. When I was 16, I wrote a short story for a creative writing class in which Glen Humplik and Phil Giroux from The Tom Green Show have to rescue Abe Vigoda from a group of hyperintelligent dingoes under the control of Johnny Lawrence, the bad guy from The Karate Kid. What I am saying is that we all make mistakes. 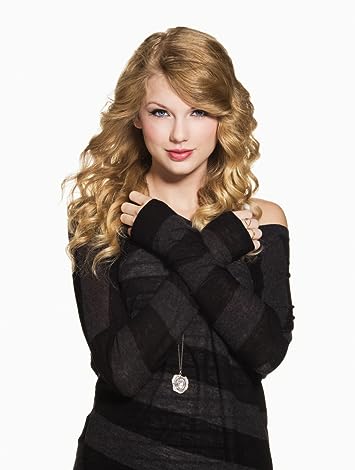 The only song of Swift’s I was aware of prior to this song was a ditty called “You Belong to Me” because it was in part the inspiration for a song by Eddie Argos’ music project Everybody Was in the French Resistance…Now! It’s evidently one of those songs about people being destined to be together, and the word “belong” certainly rubs me wrong. I'm assuming Swift probably mostly writes love songs that teenagers relate to (which is to say they are  dumb love songs). However, “We Are Never Ever Getting Back Together” certainly seems like the opposite of that. Is this her “Since U Been Gone” moment? Will this be a song about a strong-willed gal standing up for herself?

A couple of superficial things I notice: The album art for the single reminds me of Lana Del Rey, who I am familiar with because I listened to the mashup album combining her work with the Notorious B.I.G.’s. It wasn’t very good. Secondly, she co-wrote this song with a couple of dudes, one of which is named “Shellback.” That reeks of the more typical way pop divas do things. Has Taylor Swift lost her authenticity? Has anybody brought this up? Does anybody care?

Hey, maybe I should actually talk about listening to the song. It is about exactly what you think it is: She’s with a dude who is a jerk in very generic ways, they break up and no matter how much he asks, she will not get back together with him. The song is very poppy. It is not what I expected based on what I knew of Swift, which I admit was all hearsay and conjecture. It’s electronic and what have you, and a bit of a “banger,” in the parlance of our times. I will say this: The chorus is catchy. I enjoyed that part. It’s light and bouncy and fairly worthwhile. Hearing it once was fine. It was rolled out a couple too many times, however. Alas and alack, the rest of the song is rather drab. The lyrics are pretty dumb, they almost feel like Madlibs, if not for the fact we all know that Madlibs must involve at least one giggle-inducing swear word.

I’m fine with the story of the song as a concept but it isn’t delivered in a way that is interesting or inventive. Of course, pop music doesn’t really worry about that, or at least that’s what I feel based on my ethereal knowledge. The stakes feel kind of low, which may be the issue. There’s a part of the song where it mimics a dishy phone call, and it was really dumb. I rolled my eyes at that part. I also rolled my eyes when she threw the word “like” in to make it sound, like, "all casual and stuff." A fair amount of eye rolling was had on my part.

Most notably, there is a lyric in which she imagines her ex is listening to an “indie record” which is probably much “cooler” than hers. Her voice is dripping with sarcasm, or at least that is the intention. Are people who listen to “indie music” a typical boogieman in popular songs? Is this a major populist move? Anyway, I feel burned, and I’m not even this dude she is singing to. Put away that acid tongue, Taylor. I cannot stand your slings and arrows! This, too, was dumb.

And so, my first venture into the world of hit songs was a less than stellar one. A less emboldened gentleman might turn away, perhaps upon seeing a sign reading “Abandon all hope, ye who enter here.” “We Are Never Ever Getting Back Together” is a lousy but inoffensive song. It’s kind of catchy, but it is insipid, hollow, and inane. They didn’t do anything interesting with it on any level, including the music, but at least that is somewhat well constructed, even if it seemed Ms. Swift had little if nothing to do with it. She’s an adult now, so her lyrics and music should be more open to scrutiny; maybe she doesn’t care. Maybe this song is indicative that it is no longer about expressing what her heart is feeling and that it is instead all about making cash. Is T. Swift now all about the dolla, dolla bills? I’m okay with that. This is her business, and if she wants to co-write songs with producers that churn out cookie cutter hits, she is entitled it. It just may lead to more dull outings like this.