Judging American Idol: What Should They Sing? - Elton John Edition

2 contestants will be eliminated this week, but first they'll sing an Elton John song. Which one should they pick? 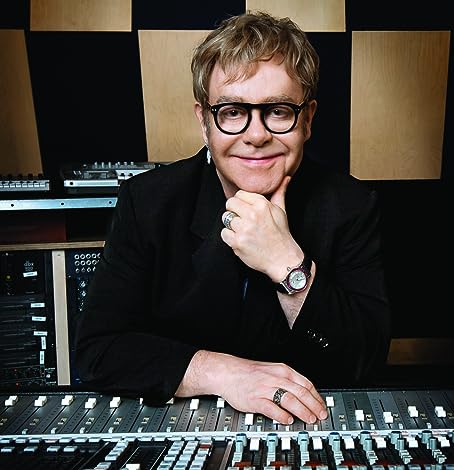 Well here it is, the third installment in “What Should They Sing?” This will be a shorter entry because our theme is Elton John’s catalogue, and while Elton and Bernie Taupin wrote a gajillion songs, there aren’t that many the audience, let alone this young group of contestants, will actually know.

Here’s what they should sing, and it is worth mentioning I have gotten at least one song right the previous 2 times we played this game. Well, maybe only I care about that statistic.

In no particular order:

Casey Abrams - “I’m Still Standing” would be a nice message given he was voted off then saved by judges last week. I can totally hear his voice on this one.

James Durbin - “Bennie And the Jets” for no other reason than I want him to. I’d also be ok with “Saturday Night’s Alright For Fighting.”

Paul McDonald- “Your Song” is one of my favorite songs, period, and his voice would shine on it. He could be soft and tender, with no chicken dancing.

Stefano Langone- “Don’t Let The Sun Go Down On Me” seems appropriate given his close call in the bottom two last week.

Scotty McCreery- “I Guess That’s Why They Call It The Blues” because for some reason I always sing this in a country accent in my head. That’s all the reason I need!

Jacob Lusk- “Levon.” I think he could do this so beautifully.

Naima Adedapo- “Tiny Dancer”- My only justification for this is that I think it’s nearly impossible to interject an appropriate time for African dancing in this song. And I miss Naima just standing there and stunning us with her pretty voice, I think most of America forgot she even has one.

Lauren Alaina- “Crocodile Rock” wouldn’t showcase her voice in a special way but, it’s high-energy and fun, she’d have a blast with it, and I’d love to see her on this one. I initially thought of “Don’t Go Breaking My Heart” but duets are hard to pull off alone.

Pia Toscano- “I Don’t Wanna Go On With You Like That” falls into her definition of “up-tempo” judging on the snoozers she’s been choosing and this has more fun and life in it, for sure.

Haley Reinhart- “Can You Feel The Love Tonight” because I think it could show the more subtle, pure parts of her voice. No growling necessary.

Limited choices but I think there’s something there for everyone! What do you think they should sing? Stakes are high this week as two contestants will be leaving is.