Songs We Wish We Could Forget: Deep Blue Something's "Breakfast at Tiffany's" 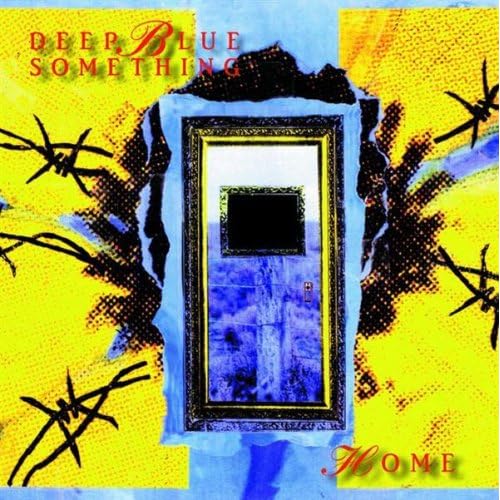 Truman Capote was a writer who was kind of a dick. He wrote a novella entitled “Breakfast at Tiffany’s” which inspired a movie starring Audrey Hepburn (who has an awesome name but is an overrated actress) and George Peppard (who was Hannibal on The A-Team). In the movie, Hepburn plays Holly Golightly, which is a ridiculous name for a character (even if it isn’t her real name), a woman who is, shall we say, a courtesan. It’s not that good of a movie, and it features Mickey Rooney in one of the most unbelievably racist roles in the history of time. Rooney plays a grotesque stereotype of an Asian man and it’s so racist D.W. Griffith probably would have been uncomfortable with it, and he made a movie where the KKK are the good guys. However, this movie, of all things, manages to be the only thing the couple in Deep Blue Something’s “Breakfast at Tiffany’s” have in terms of compatibility.

At its heart, this shouldn’t be a bad song. It has the germ of a good idea, and aside from the lyrics it sounds good. It’s not that the lyrics sound bad in an acoustic sense either, and this song deserves credit for clearly being about something. So many bad songs have lyrics that are indecipherable and not in the sense they are nonsense but in the sense they are really stupid. “Breakfast at Tiffany’s” has a nice tune to it and some spiffy guitar licks. It just happens to be a failure in execution beyond the simple fact that Breakfast at Tiffany’s isn’t a good movie.

The song starts out (after a really pleasant sounding acoustic guitar intro, that is) with the lyrics: “You say/That we’ve got nothing in common/No common ground to start from/And we’re falling apart.” At this point, the song is still kind of mysterious and if it is your first time listening to the song the ridiculousness of this lyrics don’t jump out at you. The phrase “we’re falling apart” does give a hint or two, but nothing is set in stone yet. Plus, the singer’s voice is pleasant enough and the music still sounds good. The next portion states, “You say/ the world has come between us/Our lives have come between us/So I know you just don’t care.” OK, here things get a bit worse. Using the phrase “come between us” twice in a row is a bit lazy and doesn’t sound very good. Plus, how, exactly, have the world and your lives come between the two of you? I mean, in terms of the “lives” thing, there are ways to make presumptions about what he means, but the “world” part? It all sounds very melodramatic.

Then comes the chorus. Again, I want to point out how well this song is doing music wise up to this point. The second part of the first verse saw an increase in the volume of the singing and the acoustic guitar. They build up the song, and then in the chorus the drums and the electric guitar come in and it all culminates there. It is a good way to construct a song, in my opinion. However, the lyrics do leave a bit to be desired. They are as follows: “And I said, ‘What about Breakfast at Tiffany’s?’/She said, ‘I think I remember the film/Yes I recall, I think, we both kind of liked it’/And I said ‘Well then, that’s the one thing we’ve got.” So now, things get kind of ridiculous. I have heard these lyrics criticized for being too silly or too simplistic or what have you, but honestly I don’t have much of a problem with them. They sound conversational, and they sound nice as sentences when sung by the singer of Deep Blue Something. It may seem like a lot of effort didn’t go into them, but that isn’t necessarily the case. How often do writers struggle to make things sound conversational? Occasionally, that’s how often. At the very least, more time went into the lyrics then the band’s name, and I know that for a fact if Pop Up Video didn’t lie to me back in the day.

Clearly, the singer of the band is desperate for a relationship with this woman to the point of looking for anything they have in common. Apparently, the only thing they have in common is they both find Breakfast at Tiffany’s to be a tolerable movie. You know, I have to think they have more than that in common. There isn’t one other piece of pop culture they both like? Perhaps a food dish they both enjoy? Maybe they both don’t like the word “gong.” I know I don’t. There’s also the logistical issue of how these two people got to this position in their life. At this point, it isn’t definitive, but certainly plausible, that they are in a romantic relationship already. However, the band still has an out. It doesn’t have to be that way. Again, anybody who has listened to the song knows that there is more information in store for us, but at this point in the song I shant get into that.

In the next verse, everything comes to fruition and the listener, presumably, comes to the realization that this song has a ridiculous premise. “I see you/The only one that knew me/And now your eyes see through me/I guess I was wrong so what now?’ OK, so in the first section of the verse nothing pushes forward the narrative. The singer thought this woman really knew him, but it turns out not to be the case. I’m sure he means “knew” in some sort of overwrought “she was the only one who really knew me” way. I presume other people actually knew him. His parents, for example, and his band mates for another. Well, it would appear these two didn’t know each other very well. Otherwise, why would two people with nothing in common be hanging out?

The next verse states “It’s plain to see we’re over/And I hate it when things are over/When so much is left undone.” So now, at this point, we know these two were in a relationship. I could comment on how he’s rhyming over with over and he takes a big pause in the middle of a sentence so it sounds like he is simply stating that he dislikes when things end (he wishes the American Civil War was still going on, I suppose). However, there is something much more pertinent and nonsensical here. It is the thing that keeps this from being a decent, if unspectacular song. How the blue hell were these two people in a relationship?

Now, obviously there are all kinds of different people in the world and many of them will enter into intimate relationships for stupid, sad, pathetic, and/or creepy reasons. However, nothing along those lines seem to be in play here. Otherwise, I doubt he would give much of a shit about her breaking up with him. Even if he’s incredibly needy and desperate to be in a romantic relationship, I don’t know if he’d be so strung out about things ending with a woman he has NOTHING IN COMMON with. Plus, that doesn’t explain the woman’s actions. Why is she with him? There seems to be no reason why these two got together in the first place, and there is even less reason why this singer would be upset about a breakup. Nothing about this song computes when it comes to reason or rationality or anything else along those lines. That doesn’t necessarily make for a bad song, but it does in this case.

There is a long history of irrational love and heartbreak songs out there. Any song where somebody says they can’t go on without the object of their love is in this oeuvre, as is any song where somebody expresses a disconcerting love for somebody. The unifying aspect of all these songs is they involve a complete lack of rationality when it comes to romantic relationships. If anybody ever tells you they can’t live without somebody, they are being ridiculous. Anytime anybody says they were “destined” to be with somebody or that they are their “soul mate” they are being stupid. Despite this fact, some of the greatest songs of all time fall into the irrational love/heartbreak song category. However, this song gives just enough detail to make that absolutely not work. This song is ridiculous, but not in the Will Smith “Gettin’ Jiggy Wit it” way i.e. with incredibly stupid lyrics. The entire basis of the song is inane and unenjoyable.

That’s it for original lyrics to this song. The rest is just repetitions of the chorus and the first verse. Apparently, the singer was inspired to write this song at least partially due to another Hepburn film, Roman Holiday, but went with Breakfast at Tiffany’s for the way it sounded. I will give him credit for that, as it is a lot more lyrical and also fits into the tone of the song as well. Honestly, this song sounds good. I like the way it is constructed, I think the vocals are good, and the acoustic guitar is mellifluous, as the kids say. If you make a song that sounds good, I’m probably going to like it at least a bit, unless the lyrics are bad, of course. Unfortunately, that is the issue here.

That, as I stated earlier, is a shame, because with a bit of tweaking this could have been a good, perhaps very good song. This could have been a song about a guy who is in a, you know, reasonable relationship with a woman but she doesn’t want to be with him anymore and he’s still in love with her so he’s just trying to find something to keep them together. Granted, a movie like Breakfast at Tiffany’s isn’t the best choice, but it could have been something, something more substantive to be sure. It could have been “Where Did Our Love Go?” to the mid-90’s rock scene. Instead, it is a song about an inexplicable couple with nothing in common besides kind of liking one movie. That is literally the situation being described in this song. I don’t care how good it sounds, that is genuine nonsense. It’s not enough to make the song bad, and certainly not one of the worst songs of all time. Instead, it’s a mediocre song that sounds nice but is brought down by the lyrics. There are certainly worse song experiences than that out there.