Songs We Wish We Could Forget: Los Del Rio's "Macarena"

You’re almost more disappointed in people for liking it than in the song itself. 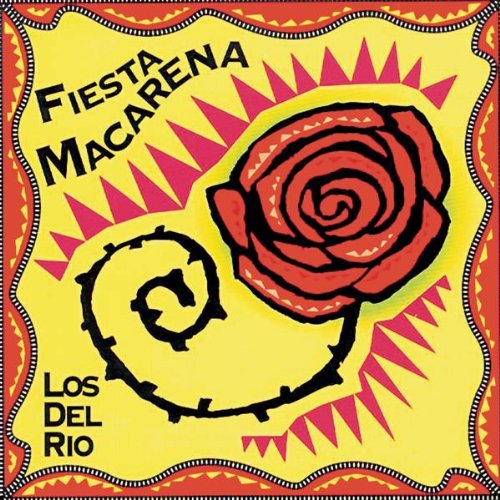 “Macarena” is thoroughly bizarre. Well, more to the point the Macarena, the dance that goes along with the song by Los Del Rio, is bizarre, and I suppose even more to the point the fact that it became such a prevalent fad is what really, truly baffles me. Why this song? Why this dance? And, for that matter, why anything?

I mean, for starters, this song is in Spanish for large portions of it, including its title and the chorus. Granted, America is, to coin a phrase, a cultural melting pot (feel free to use that) but it is also a place where Arizona, and its immigration laws, exist. Perhaps back in 1996 the Latino immigrant backlash wasn’t as fervent as it is today, but the fact that most people definitively had no clue what the hell they were singing about yet this song was so popular is puzzling.

This song, and the dance, weren’t just popular. The Macarena was an unwieldy behemoth that threatened to devour pop culture, and perhaps the world at large, whole. It was the number one song in America for fourteen weeks. It was played at, and I estimate conservatively, every sporting event held for months on end. They played it at the Democratic National Convention in 1996! Plus, the dance! That fucking inescapable dance! If you weren’t around for the Macarena’s hey day, you probably wouldn’t believe it in our modern era.

The dance was incredibly simple and extremely stupid. You couldn’t do it and not look like a buffoonn. Yet millions of people did that dance, often in public places, on multiple occasions. You would stick your arms out facing down, turn them over, fold them across your chest to touch your shoulders, touch the sides of your head, put your hands on your hips, give them a little shimmy, jump and turn 90 degrees sideways, and do the same thing again. And again. And again. Until it mercifully stopped. There have been dumb dances in the history of time, but the Macarena might take the cake. Also, for some weird, unknowable reason, my fifth grade teacher made us do the Macarena everyday for like a week. I never wanted to do it, but she was always so insistent, and that is just so incredibly bizarre and, quite frankly, disconcerting. It really speaks to the horrible, frighteningly stronghold authority figures can have on small children and to the modern day status of public schools as ostensible day care centers. They don’t have enough things to teach you, especially because they don’t want kids falling behind, so they spend so much time pissing away the hours. One woman just decided to do it with a fad dance.

But, you know, that’s the dance. What about the song? I know a bit of Spanish, but in order to mirror the typical American listening experience I decided not to translate the words I didn’t know. On a side note, the video I watched to be able to listen to the song and read the lyrics was very weird, and occasionally creepy, and it is what I imagine the nightmares of a former LSD abuser look like. I can tell you this much; Macarena is a woman, and she’s a really asshole. She invites some fellas to dance alongside her, and promises to take one of them (or perhaps more of them) home, presumably for some intercoursing. However, from there she tells them not to worry about her boyfriend Victorino (Shane Victorino!? I sure hope not.) because she can’t stand him (so why, exactly were they dating?) so she… and then instead of telling us “cheating on him” she just starts laughing maniacally, which is a strange way to act in such a situation. She then defends her actions by saying that Victorino was out of town and his two friends were “so fine.” I hate this woman. She makes the woman who was dating Jimmy Mack look like a faithful girlfriend. Keep in mind, this was the most popular song in the world for weeks and people loved dancing to it. Percentage of those people who actually listened to the lyrics? I’m going with less than fifty.

Anyway, that’s all I can tell you about the lyrics really, because I can’t decipher all of the chorus. Quite frankly, no matter what it says, the song is awful. It’s about a woman who cheats on her boyfriend and is a world class ho-bag who spends an awful lot of time laughing during the song. She’s the Jimmy Fallon of sluts, evidently. Meanwhile, the song doesn’t sound all that special. There are several versions of it, but the one that became popular in America involved a woman singing the verses while Los Del Rio handled the chorus. The woman’s singing is mediocre at best, while the two gentleman of Los Del Rio (who always looked so comically out of place in the music video) do a decent enough job. The music itself isn’t very good. Quite frankly, it is rather inconsequential. Nothing about it sticks out to me in any way shape or form. Again, this from one of the biggest fads in music history.

All in all, “Macarena” the fad is probably much more interesting that “Macarena” the song, mostly because it was such a huge fad and because fads are such thoroughly bizarre events in the course of human history.  Honestly, I have a hard time understanding how they happen, and I think that may be because there is no logic or reason to them. How can something become extremely popular and permeate our culture so deeply but then simply disappear? Not only do fads disappear, they are often mocked after the fact. The same people who once danced the Macarena might now be the people laughing at it.

Do people still like the Macarena? Is there anybody out there who still enjoys this song? For that matter, is there anybody out there still swing dancing? Does anybody still have a Furby? Although, that last one might be explainable since it was a children’s toy. The kids of the era grew out of it, and by the time the next era came in there was a whole new set of crappy toys saturating the market. When adults just give up on something, however, I just can’t figure out what has happened.

Logic dictates that there needs to be people genuinely interested in the fad before it actually becomes a fad. They have to be enough to garner it some attention, so that those on the outside can get interested in it, and particularly, I guess, the media. The media does a lot of talking about trends and fads and what have you, mostly (I presume) as a marketing ploy. If they can create a fad they will rake in the dough, provided they get out when the getting is good. When “Macarena” became popular, it had to help radio and TV and what have you, right? The dance probably helped as well.

The Macarena is also interesting as a fad because it somehow managed to seek you out as much or more than you sought it. You’d just be enjoying a sporting event or some other public spectacle and suddenly the song would play and then the people who liked it would start dancing and then maybe some people thought to themselves “What the hell, why not?” and they never really liked it, but they didn’t dislike it either. They just sort of felt ambivalent toward it and found it a lark from time to time. So now, you’ve got a bunch of people, perhaps most people, doing it, and then perhaps through peer pressure or some other such method you get others doing it reluctantly. For them, the time of the Macarena much have been horrible. As Jean-Paul Sartre might have said “Hell is obnoxious fad dances.”

Then, you know, there was an oversaturation of the song and some people got tired of it, perhaps even people who genuinely liked it. We all get tired of things we like occasionally, but the thing is that we don’t give up these things entirely. We don’t stop actively liking them. I’ll only watch a great movie three times, maybe four if it is particularly good, but I still would tell you I love the movie. Plus, that’s probably not even a good comparison because of the time needed to watch a movie versus listening to a song/dancing. Why didn’t the Macarena or other such fads at least maintain a smaller, but still significant and loyal following? Hell, maybe it does, but you just never hear about it because the media has moved on and I’ve never bothered to ask anybody if they still like “Macarena.” I hope they are out there, to be honest. Otherwise, the only reason I can see for fads ebbing and flowing is media constructs and people doing things because they are popular and then giving up on them as soon as they aren’t “en vogue” anymore, and that would be depressing.

While I may never be able to fully comprehend the life cycle of the fad and how people play into it, I can at least say this much about this particular fad. The Macarena is a ridiculous dance and Los Del Rio’s song is terrible. If something is going to become ubiquitously popular, at least it could be good. It reminds me of when I listened to Ke$ha’s “Tik Tok” simply because I could not resist the siren song of a musical artist with a dollar sign in her name. You’re almost more disappointed in people for liking it than in the song itself.