Songs We Wish We Could Forget: Spin Doctors' "Two Princes" 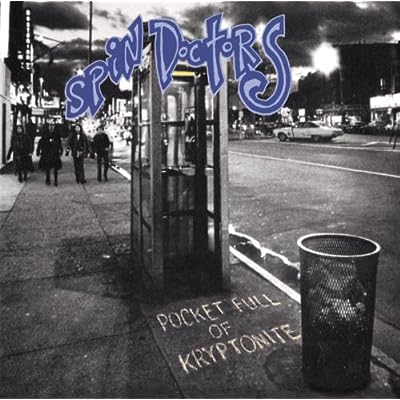 I have two positive memories related to Spin Doctors. One involves Hank Venture asking Dean Venture, “Can’t you hear the road calling little miss, little miss can’t be wrong?” The other involves Charlie from It’s Always Sunny in Philadelphia handing a police officer a cassette tape regarding corruption labeled “Spin Doctors Mixtape.” Also, at the time he’s acting like Serpico. Obviously, the issue here for the Spin Doctors is that neither of these things involves their music. Is there a good reason for that? Let’s let their much maligned but once popular “Two Princes” speak for the band.

The premise of the song has potential. Two men are vying for the same woman. One is rich and has a big seal on his jacket (I’m guessing a crest, but if could be an actual seal) and her father likes him. Whereas are scrappy singer from Spin Doctors is disliked by her father and “has no future or family tree” but he really truly loves her and wants to be with her. Although, if he has no future it probably won’t be a very fulfilling relationship, and quite frankly logic dictates he fell dead on the spot. Also, if he has no family tree that just raises further questions. The singer of the Spin Doctors was born from the primordial ooze and has always been!

Like I said, there is no inherent reason for such a song, even if it is about two literal princes apparently (although the fact that Prince Spin Doctor has no family tree makes it kind of strange that he’s a prince), to not be any good. It’s not a dumb or cheesy idea for a song. However, no matter how good (or in this case, passable) an idea for a song is, it won’t be good if you tell the story in a profoundly stupid way.

The lyrics to this song are pretty awful at times. Quite frankly, the best lyrics of the song may involve scat singing, so there’s that. For the first minute plus of the song, every verse ends in the word “now” in what is perhaps the laziest rhyme scheme I’ve come across yet. Also, he uses, “That’s what I said now,” And, “Ain’t in his head now,” twice in that time. One of the uses of the latter comes after Prince Spin Doctor tells us, “This one said he wants to buy you rockets,” and I am pretty sure he’s referring to himself there, because he has already told us one of them has diamonds in their pockets (that’s some bread now!) and it is probably the other guy. Needless to say, I’m curious to the kind of rockets he meant. Is he talking bottle rockets? Because if he’s not the rich one, he probably can’t afford an actual space program for this princess. 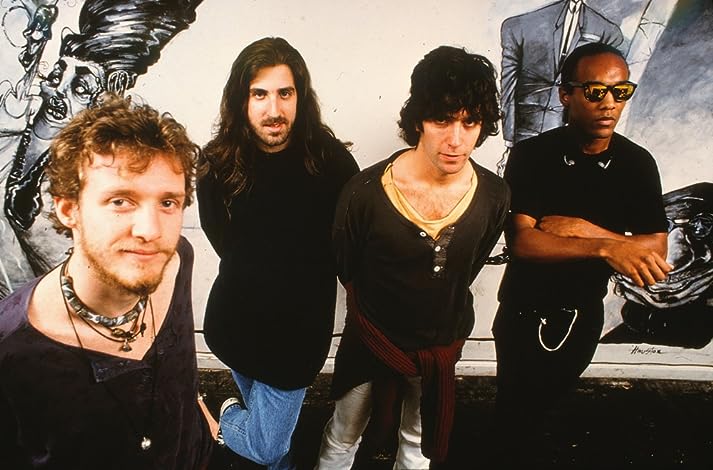 Additionally, Prince Spin Doctor doesn’t seem to have a very good case for the lady’s love, or at least he’s put together his argument poorly. He never says anything bad about the other prince. All we know is he’s rich and her dad likes him, and those aren’t necessarily negatives. Plus, like the singer says, he ain’t got no future or family tree. All he has to offer her is, “I’m the one who loved you baby can’t you see?” and, “I know what a prince and lover ought to be.” Well, that last statement is a bit arrogant is it not? He provides no validation to that fact, it seems like a fairly unreasonable thing to say, and it implies the other guy doesn’t know these things. Furthermore, he implies the other prince doesn’t love her. What basis does he have for that? Wouldn’t that be kind of the most important thing to bring up in such a situation? Instead, he spends most of the song complimenting the other guy and putting himself down. Somebody has strange courting techniques.

Well, he does provide a few reasons in the next part of the song, but they aren’t very good either. Basically, if she wants to call him baby, tell him maybe, buy him flowers, or talk for hours, he’s cool with it, or, in his words, “Just go ahead now.” So, he’s willing to listen, he’ll tolerate ambivalence, and he’s cool with accepting gifts. That flowers line is particularly confounding to me. The fact that he’s willing to let her buy flowers for him is supposed to be a selling point? It’d be like going into a job interview and saying, “You should hire me because I’ll be willing to let you pay me.” It’s utter nonsense. At the 1:38 mark there is an instrumental break and then… the song sort of starts over again. Honestly, it comes perilously close to just repeating itself. There are no new lyrics until about the 3:48 mark, unless you include the use of words such as “yeah” and “whoa” which I do not.

Toward the end the music is different and he sings a bit differently, a bit more forcefully and emotively as it were, but it is still pretty much the same song. “Two Princes” is a two minute song stretched out to a four minute, 18 second song. That, in a word, is annoying. It’d be one thing if, you know, the lyrics were good or at least sounded good. Instead the lyrics are silly at best, stupid at worst, and nothing about the way Prince Spin Doctor sings is particularly enjoyable. If you are going to make a bad song, at least have the courtesy to end it quickly.

After listening to this song, I have to ponder why Charlie ever had a Spin Doctors mix tape to begin with. More confusing is why this song is on the Lego Rock Band playlist. Most confusing is why there is a Lego Rock Band. What, exactly, do the fact the characters are Lego people add to the equation? “Two Princes” sounds bland but it would be too complimentary to simply call the song that. It’s not good. It can’t even manage to tell a love story well. Then again, maybe this is the song equivalent of the formulaic romantic comedy. In fact, there isn’t really much of a maybe about it. A woman has to choose between two men. One of them is well to do and offers her a better future but she doesn’t really love him. Meanwhile, there’s this other guy who just really gets her and really loves her and they’ll be happy together. I imagine that had Spin Doctors decided to have an ending to this story instead of just repeating the song again in the second half it’d end with her leaving the rich prince at the altar for Prince Spin Doctor and than a sassy black woman would say something vaguely racially insensitive. Well, those movies often prove to be quite popular, but then again they also promise a happy ending. “Two Princes” does no such thing, and it does nothing else to salvage itself. That truly renders this as a lousy song.