Songs We Wish We Could Forget: Will Smith's "Gettin' Jiggy wit' It"

A hit that really missed... 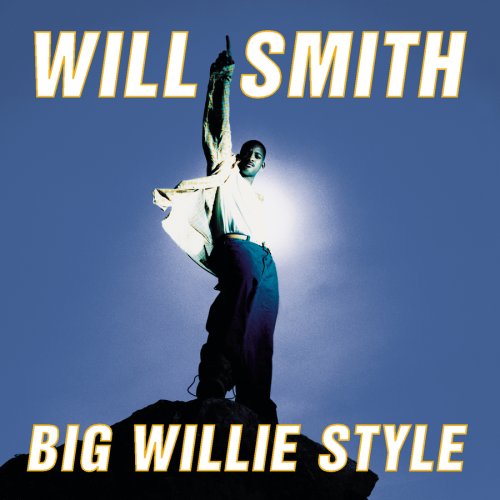 Will Smith is a huge movie star, one of the biggest of his era. He owes it mostly to his charisma and the fact he’s managed to put himself in projects with big marketing machines behind them, but there is no doubt that he is in and of himself a draw. Plus, it’s not like he’s a bad actor or anything. He’s solid in drama, and he does lighter fare very well, where he can play off that aforementioned charisma and crack wise while punching aliens in the face.

Of course, before he was Will Smith the movie star he was the Fresh Prince, both the star of his own TV show and the rapper he was before that. However, despite getting his start in music and continuing it into his acting career, was he ever really very good at it? People like to complain that his rapping is too non-confrontational and too family friendly. Well, rappers don’t need to be edgy or sexual or profane to be good at it. A lot of the times, that’s just a crutch, as much as it is for rock bands or female musicians who ramp up the sexuality to “slutty” and beyond because it is a cheap and easy way to sell your music.

The issue with Smith’s rhymes is that they are simply poor quality, and oftentimes cheesy and corny. I mean, just the title of the song “Parents Just Don’t Understand” makes me cringe. Yeah man, those damn parents, what’s their deal? However, Smith was still young, and trying to find some sort of niche in the biz. I’ll forgive him. By 1998, though, Smith was already a huge star. He had just done Independence Day and Men in Black, which had a song and music video of its own done by Smith. This was a man with clout, who could release pretty much whatever he wanted and sell it. Despite all that, he decided to do “Gettin’ Jiggy wit It”

As bad of a song title as “Parents Just Don’t Understand” is, “Gettin’ Jiggy wit It” is 10, perhaps 12, times worse. The gratuitous, callous tossing aside of letters, the nonsense word “jiggy,” it is a cornucopia of cheesiness and we’ve only just begun. Although, technically “jiggy” is derived from some archaic epithet for black people and Smith intended to co-opt it and change the meaning of the word. Well, he didn’t, because he came up with a new word derivation, and also it still sounds stupid. It’s only positive contribution to the world is in that episode of Seinfeld where Jerry indignantly mentions that at Joe Mayo’s party the year prior he got jiggy with it.

Here’s another problem with this song; the beats are mediocre. There is no life to them. They sound like no effort was put into them, like somebody with a fancy keyboard found a beat on there they liked and just went with it. Additionally, Smith sounds like he’s phoning it in just as much. He’s not exactly a good rapper to begin with, and he mostly sounds like he’s just talking in a weird cadence when he raps. However, here he sounds worse than usual. I can’t help but wonder if they all just realized they were going to get a big freaking pile of money from this no matter what and so they just took it easy.

So, we’ve got a song here that doesn’t sound good, which is the crux of music, so that doesn’t bode well. It would take phenomenal lyrics to save this song from the scrap heap, and considering this song is co-written by Nas(!) there is hope. Then, almost cruelly, it is quickly dashed. The lyrics are far and away the worst thing in this song. If only Smith had a drawl like MF Doom maybe I wouldn’t be able to comprehend all the lyrics and could just enjoy, so to speak, a mediocre tune. Alas, the clear diction of the talk-rapping Smith keeps that dream from coming true.

He starts off by telling us, “On your mark/Ready, set let’s go,” as if he’s starting a race, and apparently it is a race to stuff as many bad lyrics into a 3:48 song as possible. I could bring up pretty much every lyric for derision, but I’ll just give you some of the choice bon mots. “DKNY, all up in my eye/You gotta Prada bag with a lot of stuff in it/Give it to your friend, let’s spin,” First, he weirdly name drops DKNY, and apparently this apparel designer is all up in Smith’s eye, though I feel it is safe to presume it is some lady, perhaps a sexy lady, wearing said label. Then, he feels the need to tell us that this woman has a lot of shit in her bag, though I have to wonder how he knows? They appear to have just met, after all. Also, telling her to give it to her friend so they can dance, or “spin” as it were? Kind of a dick move.

“Ciga Cigar right from Cuba Cuba/I just bite it/It’s for the look, I don’t light it.” Well, for starters apparently the way to get the ladies in the club is the Hannibal Smith look. Tell me, when he does attract a lady to dance, does he say, “I love it when a plan comes together?” I sure hope so, because it’d be the only way that the notion of carrying a cigar in your mouth unlit for the look would be anything other than unfathomably stupid.

Now, for the coup de grace of bad lyrics, because Will Smith is about to drop some pig latin on us: “Illway the anmay on the anceday oorflay.” I do believe, in some states, that qualifies as an act of aggression and I would be within my legal rights to defend myself in a violent fashion. My guess is that Nas didn’t write that lyric. He just sat in the room counting his cash letting Smith say whatever ridiculous things he wanted. What is the point of these pig latin lyrics? Was it just to rhyme oorflay with foreplay? There are so many rhymes for foreplay! I’m actively annoyed by the laziness and stupidity of this lyric.

“No love for the haters the haters (note: not a typo, he said it twice for some reason)/Mad ‘cause I got floor seats to the Lakers/See me on the 50 yard line with the Raiders/Met Ali, he told me I’m the greatest.” I have a couple of points here. One, the Oakland Raiders aren’t very good at the moment so that line about people jealous of him sitting on the 50 yard line for their games is kind of dated. Also, he goes to games in Los Angeles and Oakland? Those aren’t exactly two nearby cities, Will. Is that some sort of backdoor brag about your ability to travel semi-large distances with ease? Secondly, Raiders and greatest don’t rhyme. Not long after mangling the English language to rhyme oorflay with foreplay, he just goes for a straight up non-rhyme here. I don’t know which is lazier, but the former lyric is just that much more obnoxious because of this. Also, how prescient that he mentions Ali many a year before he would play him in a film. Was he planning on making Ali already? It wouldn’t surprise me. Will Smith might be an awful lyricist and a mediocre rapper, but he knows how to make money. He’s an exceedingly shrewd businessman.

“Rather play ball with Shaq and ‘em/Flatten ‘em.” This is a thoroughly cheesy lyric. Wasn’t there some teenaged musician who was given a song to sing about beating Shaq at basketball in order for his parents and a slew of skuzzy executives to make money off of him? Well, when a kid sings and/or raps about beating the likes of Shaq at the hoops, it may be silly but it, in a way, makes sense. When Will Smith raps about it, it just comes across as silly. Really Will? You are going to go beat Shaq (and ‘em, who, to be fair, may be syphilitic midgets which would make it a bit easier to win) at basketball? I know rap music features a lot of bragging, but usually it is something reasonable and not silly, even if it is often repulsive and misogynistic.

There are other lyrical oddities in this song, most striking to me is how often he refers to himself as a kid, or more succinctly “the kid.” Which is strange, considering that Smith was nearly 30 when this song was released. He wasn’t exactly the Fresh Prince anymore. As for the chorus, it simply states, “Getting jiggy wit it,” followed by a series of “na’s” that, admittedly, is catchy, but not exactly good. Just because a song manages to lodge itself in your brain doesn’t mean you enjoy it. After listening to this song I had the chorus stuck in my head to the point of annoyance, even if it is the best part (and perhaps the only tolerable) part of the song, even though “Getting jiggy wit it” means nothing. If you are going to tell me what to do, at least explain to me what you want. You have to be concise with instructions, Will.

Not that this song is really about Smith’s desire for us to get jiggy with an undefined “it.” It is, like many rap songs, about boasting. Will Smith gets the ladies. He has a lot of money. He’s got fancy cars. You know, just unnecessary bragging. I don’t know what is supposed to be enjoyable about listening to that. At least most of the time, when rappers are bragging they are at least clever with their lyrics. Smith can’t even offer that up. Plus, is there anything fun about listening to a rich, successful actor/musician talking about how good he’s got it? I’m not begrudging Will Smith his success, I’m just pondering why he felt compelled to make a song mostly focused on it, and how that song became successful.

And oh this song was popular. It was number one on the Billboard Hot 100 for three weeks, and actually won a Grammy for Best Rap Solo Performance. The latter makes some sense to me because the Grammy’s often make incredibly stupid decisions. I don’t know if anybody takes them seriously or if they have any gravitas with anybody outside the people who vote on them. In fact, maybe people don’t even vote on them. Perhaps the decisions are made by chickens pushing buttons to get feed. The success of it with the masses, however, I find much more inexplicable. Was it marketing? Media saturation? The popularity of Will Smith? It couldn’t have been the music, could it have? Then again, if pop culture has taught us anything it is that things often reviled by critics and large portions of the population still remain very popular and successful. If people just thought the song sounded good, well, that’s fine even if I would disagree. As long as it wasn’t the lyrics. The poor quality, inexcusably lazy lyrics.