Blues with a groove... 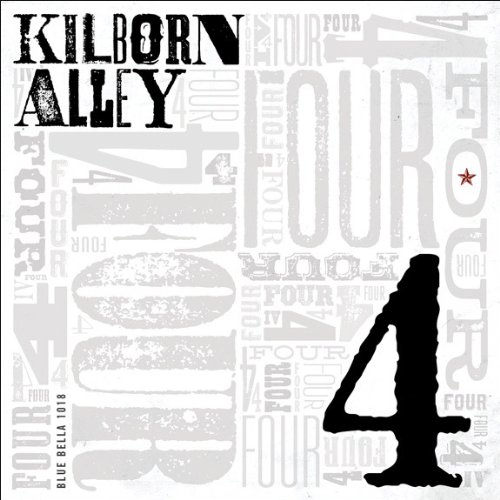 Kilborn Alley Blues Band was nominated as Band Of The Year last year at the Blues Music Awards and they’ve won awards for their contemporary approach to traditional roots music. I’ve seen them nominated in both Traditional and Contemporary categories and it’s one of the things I love most about them; those in charge of the “labeling” aren’t quite sure what to do with them. It may make it difficult to win an award — although they have — when no one is sure where to put you but that’s a surefire sign you deserve them.

You can hear their love and knowledge of the great music of the past in what they play but their approach and sound is completely their own. They’ve taken that powerful fusion to new places on Four, improving on what’s always been there and finding new and exciting ways to expand and grow.

Another thing I love about KABB that’s evident on Four is the way the embody ensemble playing in an era when that’s becoming rarer. This isn’t a collection of egos who stand in a circle impatiently waiting for their “spotlight” moment. They play together, in the pocket, the way it’s supposed to be done. Josh Stimmel may be the “lead” guitarist but he’s just as likely to step back and play rhythm while Andrew Duncanson takes a solo. It’s four guys, on stage, supporting one another and supporting the power of the song. They do it on the record and if you check out the video below, you’ll hear them do it on stage. They do it the right way — their way — because they don’t know any other.

Even with the ensemble approach, it’s impossible to ignore how dynamic Duncanson is as a vocalist. He exudes power and in each note without the melisma that passes for interpretation and emotion in contemporary music. Even some of the good singers who eschew the excess need to search for and create their interpretational voice, but there is something special about those who are an open channel, who can open their mouth and release what God put in there to pour forth. He is a vessel of blues and soul.

So yes, I love the band’s sound and approach. I love Four because they put that to brilliant use over the course of 11 great songs. “’Rents House Boogie” is a chugging, badass tune built on a foundation of biting guitars and some great harp work from guest Gerry Hundt. He also provides some sweet accents to the soulful “Wandering,” which features one of Duncanson’s finest vocals on the disc and some great harmony.

There’s sweet warmth in the simplicity of “Couple Of Days (Change My Ways).” Duncanson is, again, fantastic while the music channels elements of Memphis soul and Motown R&B, played the Kilborn Alley way. Guest keys man Travis Reed is sublime beneath gentle guitar chops while bassist Chris Breen and drummer Ed O’Hara build a gently gliding pocket. That gliding pocket becomes an all out groove fest on “Dressed Up Messed Up” and “22nd Street,” one of the real joys of the record. And that — joy — is what’s at the center of this record. No matter what they’re singing about, they sound like they’re having the time of their lives doing it. That infectious energy, spirit, and heart are what make Four a triumph.