Florence + The Machine - What The Water Gave Me (Single Review)

Something new from Florence + The Machine to tide us over until Album #2... 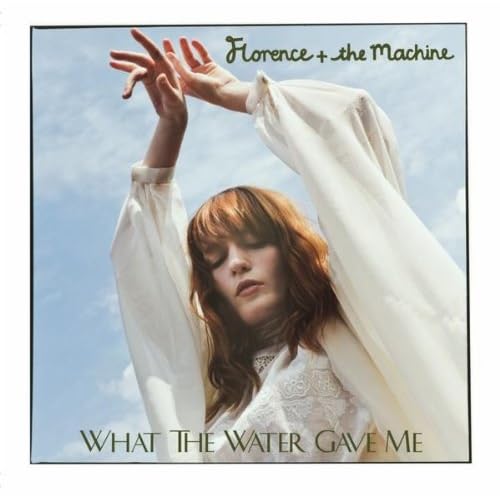 I admitted I was late to the Florence + The Machine party, and for this I blame the British- in particular the NME. I'm not a hipster on the prowl for the next big thing that no one else has heard of; I'm in search of the good, the great, and the transcendent. Our friends at NME apparently hear the world in only two ways: Brilliant and Rubbish.

The report card on influential British music publications is a bit uneven. They introduced me to Doves, a great band that borderes on transcendent.They've also pushed me towards Razorlight, Kaiser Chiefs, and Kasabian. I'm not mad, but I won't thank them for that. They hyped Beth Ditto and The Gossip; I gave shot them a dirty look. They tried getting me to buy into Bloc Party and I may never forgive them for that.

When I heard our enthusiastic British friends champion Florence + The Machine, I took a wait-and-hear approach. American radio being rubbish, I heard nothing and let it go at that until I found out Florence would be opening for U2 in Nashville. Even with that- I bought the tickets for that show at the end of 2010 and it wasn't until the end of June -- mere days before the show -- that I finally broke down and investigated her acclaimed debut Lungs. What can I say? My British friends got another one right. I fell quickly and deeply in love with the album and have listened obsessively, making up for lost time and my love grew even stronger after seeing her perform.

When album #2 arrives in November -- that much we know while other details remain unconfirmed -- I won't hesitate, especially now that I've heard one (and possibly two) songs from the follow-up. The first of those songs is called "Strangeness and Charm" and was performed in Nashville. The second is a new single "What The Water Gave Me," which we can safely assume is going to make the final cut of the as-yet-titled Album #2.

First singles from a new record are tricky business. They can either be the catchiest song on the record, designed to drum up excitement for a new record or they can be the song an artist thinks is the best introductory point for what's to come with the new album. We know Florence can write catchy tunes -- "Dog Days" and "Rabbit Heart" (hell, even "Drumming Song") -- and she can also go into less accessible territory. We can safely assume "What The Water Gave Me" is the latter in both instances.

"Water" creates an atmosphere of mystery in music and vocal layering. It's not Gregorian chant but there is a droning, chant-like quality and for two minutes she appears to be slowly lifting the volume of the song for an explosion. Twice she brings us to the brink of climax and twice she backs away. When she finally does release, it's a controlled burst rather than a massive wall of sound and energy.

"Water" is long on ambience, light on melody, and heavy on awesome. This and "Strangeness & Charm," which I truly hope makes the new album, has me ready to pre-order the shit out of this and I don't even have a title. The British are coming! The British are coming! I am now ready to say it loud and say it proud to all the citizens of the United Kingdom: I forgive you for Bloc Party!