Trending In the 21st Century

There are a couple of trends in the music business with artists young and old that started with a good idea but went a little wacky along the way. The covers record has been around as long as popular music but is now living up to it’s reputation of artists buying time for writer’s block or fulfilling a lost cause record deal. In the early days lf popular music, vocalists rarely wrote their own tunes so they were all covers records but in the hands of a Frank Sinatra or Ella Fitzgerald, Lena Horne or Perry Como, the chosen songs became trademarks. There were a few exceptions. Harry Bellefonte and the late great Bobby Darrin were excellent songwriters but ones that recognized a great tune regardless of its origin. In cases such as Elvis Presley, Dionne Warwick and Linda Ronstadt, even the casual listener had to associate the song more with the singer than the songwriter. The song “interpreter” was important for art as well as sales. 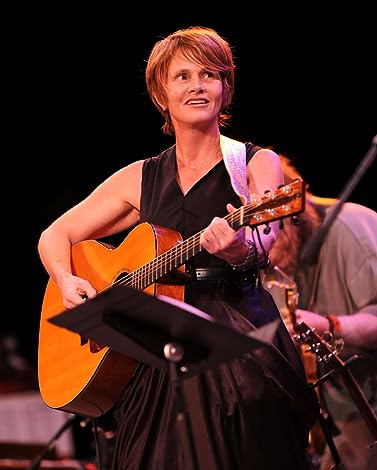 As the last three decades of the twentieth century progressed, artists, managers and lawyers got smarter with publishing income and the singer/songwriter movement took over. There were a few ironies; superb singer/songwriters such as Harry Nilsson and Willie Nelson had their biggest hits penned by someone else. An artist of such epic caliber as Laura Nyro has as her biggest seller, a covers LP, Gonna Take a Miracle, backed by the stellar Labelle. These days, it is frowned upon if an artist does not write at least some of their material. This is where the covers collection rears its ugly head.

Sometimes it does not make sense – anything by Rod Stewart in the past 20 years would fall into the “worst ironing board music” covers CDs of the modern era. Shawn Colvin, Suzanna Hoff’s’ and Matthew Sweet’s recent output of their AM-staple childhood faves or young Brit singer/songwriter Rumer’s “Boys Don’t Cry.” In the case of Rumer, with only two releases in her catalog, why resort to a stopgap record now? Whether an artist is established, such as Shawn Colvin, makes no difference – do we really need another version of Joni Mitchell’s “River”?  However beautiful a song may be in anyone’s hands, enough is enough. Please, artists, if you have to make a covers set; pick songs that are not already in most of our collections by several of your peers.

The other trend is mostly for established acts with a core following: the concert event presenting a classic album in its entirety. For the most part, these work – Springsteen’s NYC performances of Born To Run, Darkness On the Edge of Town and Born In the USA, Roseanne Cash’s The List record and shows, The Zombies Oddessey & Oracle performances and, the king of them all, Roger Waters spectacle, The Wall. Any boomer would fork over the big bucks to see any of these shows reliving an integral part of our lives – there are even scores of young people at these events – especially if they are limited to limited presentations. I sat behind a family at a Jackson Browne concert a couple of years ago when he played the bulk of Late for the Sky. A kid no more than ten jumped out of his seat with the first note of each song – and sang along knowing all the words. We can know that his parents probably played that record as he was conceived. I had the pleasure of attending a Bob Mould concert where he opened the show with the entire Copper Blue debut of his band, Sugar. It was a twenty-year celebration followed by his new record, Silver Age. The transition was seamless and each half of the show complimented the other.

The trend that bothers me most has to be the tribute CDs for charity. It is not the concept that annoys – it is the usual suspects who never seem to say no: Lucinda Williams, Elvis Costello, Emmylou Harris, Norah Jones, Willie Nelson, Steve Earle and the woman who would go to the opening of an envelope, Sheryl Crow. These are the worst offenders. Although they always turn in tracks worthy of a couple of listens, I just get tired of seeing their names on a record sleeve. The new Fleetwood Mac tribute, Just Tell Me That You Love Me is an excellent exception. The artists included are younger and the established acts are rarely seen on a compilation. Billy Gibbons’ take on Peter Green’s, “Oh Well,” Antony’s “Landslide” and Marianne Faithfull’s “Angel” are welcome additions to their catalogue and fit perfectly with the younger acts to a make the record enjoyable all the way through.

The recent Bob Dylan 4 CD set; Chimes of Freedom has an equal number of new, young acts as well as usual suspects making for a nice variety. The purpose is served: use the name acts to get the set sold but introduce the listener to acts they would not have known. I site the Dylan, Woody Guthrie, and Fleetwood Mac sets as evidence that new acts can shine and make you want to dig deeper into the original artist as well as the new act’s own music.

A humorous aside, a few years ago Van Morrison came out with his own tribute record – not for a charity – and produced the thing himself alongside his daughter. This would be worthy of Spinal Tap – if only it were not true. Van’s ego would never allow him to let go of that control – what if they picked someone he hated (which are many) or his least favorite songs (again, many), from his massive canon of work? Granted, the always entertaining Kinky Friedman produced his own tribute CD – for charity – and made it worth the price of admission just for his one-sheet, one-line guest artist agreements.

Kinky sent each a hand-written letter that stated simply: “I will not fuck you…” Willie Nelson signed his copy, sent it back but added a PS…”Please Kinky, fuck me!”