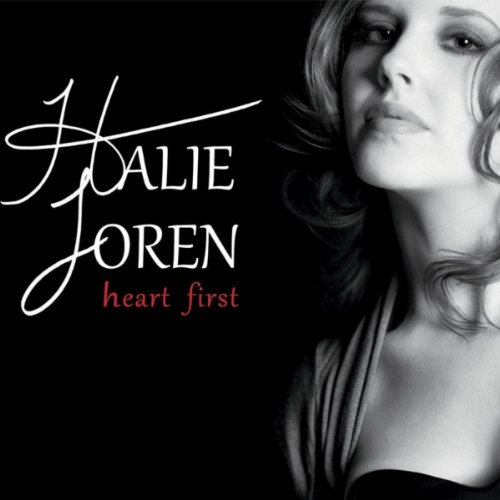 Jazz can be a pretty serious business. It has, after all, been called “America’s classical music,” a genuinely indigenous art form, with the emphasis on ‘art.’ But at its best, there’s a sense of playful possibility about the music, too. Indeed, without a little jazz in the music, jazz-as-art-form becomes a cerebral exercise more to be admired than enjoyed.

Enter up-and-comer Halie Loren, with a delightfully insouciant approach to a handful of chestnuts that brings tired old warhorses (“All Of Me,” “Taking A Chance On Love,” Charlie Chaplin’s “Smile”) to intriguing life. Heart First is Loren’s fourth full-length recording, the first to receive wide distribution in North America thanks to Montreal-based Justin Time Records. She’s toured Europe and Asia extensively, honing her chops and refining her craft. She’s a gifted songwriter, responsible for four of the disc’s tracks. And she’s assembled a first-rate band that virtually defines the term ‘sympathetic support,’ providing supple yet spot-on backing that seemingly can’t help but swing at any tempo.

Loren also wrote a handful here, showing a sure hand with both lyric and melody. The collection kicks off with an original, “A Woman’s Way,” its jaunty air given a vaguely French feel thanks to Sergei Teleshev’s atmospheric accordion. The title track is a woozy-bluesy confession of helplessness when love comes calling, while “Tender To The Touch” features jazzy syncopation and cautious optimism in love’s healing power. Loren exhibits her piano skills on the poignant and tender “In Time,” anoriginal dedicated to the people of Japan in memory of those lost in 2011’s devastating tsunami. Both comforting and uplifting, it’s a lovely performance of delicate and fragile beauty.

Covers include a version of Bob Marley’s “Waiting In Vain” that works so well it sounds as though the song were written for Loren, as well as a sultry take on Van Morrison’s “Crazy Love.” Loren exhibits international flair with the familiar “C’est Si Bon” (sung in French, naturally enough) and “Sway (Quien Sera),” with verses both English and Spanish. The only track that’s a little awkward is Neil Young’s “Lotta Love,” here given a somewhat herky-jerky treatment that reinvents the song’s typically swaying rhythm.

Above all, though, it’s Loren’s voice that renders this project truly distinctive. Her cheeky phrasing often borders on bawdy, but it’s always with a coy playfulness that keeps the naughtiness firmly on the nice side. She’s equally good at sassy and sultry, and while she’s technically flawless there’s a beguiling and irresistible warmth to her delivery, with barely-suppressed joy threatening to burst through each and every tune here –one can actually hear the sheer pleasure Loren takes in singing these songs, and it’s infectious indeed.

In a rather crowded field of pop/jazz singers, Hailey Loren is a true gem, and Heart First is about as good as it gets. Highly recommended!