There's only one Jack White and that's all we'll ever need, no matter what name he records under... 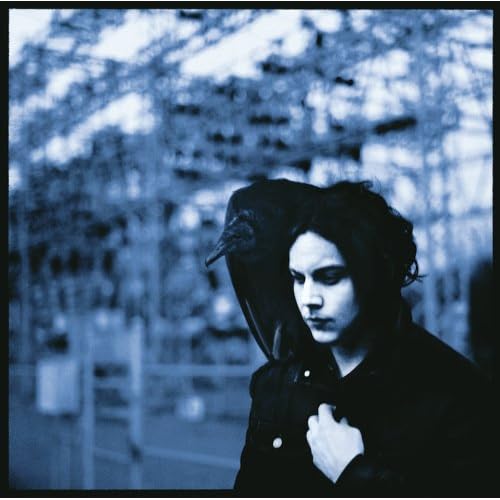 Welcome to the next chapter in the growing mythology of Jack White, one of the most compelling characters in contemporary American music. He founded The White Stripes, a thrashing, blues-garage rock band with a convoluted, contrived back story and then started two additional bands: The Raconteurs and The Dead Weather and recorded two albums with each. He and Meg dissolved Stripes to the dismay of their devoted fans and now embarks on a solo career with his first release Blunderbuss.

Chris Rock said, "You know what they say, 'There's no reason to ever hit a woman.' Shit! There's a reason to hit everybody. You just don't do it. Shit, there's a reason to kick an old man down a flight of stairs. You just don't do it. Ain't nobody above an ass-whooping" and "There's nothing more crazy, more out of control, more likely to embarrass you in a restaurant than a woman who knows you aren't going to hit her."

Rock was not advocating domestic violence but I couldn't help think of those standup bits when I listened to "Freedom At 21," the story of a woman who clearly has the upperhand and isn't afraid to use it:

She's doing whatever she wants because "no responsibility, no guilt or morals cloud her judgment, smile on her face she does what she damn well please."

It's no wonder White isn't feeling lovey-dovey on the album's first single "Love Interruption," a moody piece with acoustic guitar and electric piano providing the majority of the instrumentation with White singing a duet with Nashville singer Ruby Amanfu. He wants love to "stick a knife inside me, and twist it all around me" as it murders his own mother and leaves him dying on the ground.

White recently said he always felt like he was covering his own songs while in The White Stripes. He didn't elaborate on why he feels that way but early Stripes songs were limited to guitar-drums-vocal -- whether by intent, circumstance, or both -- recorded to capture pure energy with little fuss in production or arrangement.

Those songs remain nuggets of brutal rock and roll but it's hard not to think about how they'd sound if they were recorded as Jack White songs instead. You also have songs like the great "Trash Tongue Talker" that sounds like latter-day Stripes when the sound expanded and album closer "Take Me With You When You Go" that has shades of The Raconteurs. On the other hand, it's difficult to imagine "Hypocritical Kiss" on a Stripes record with its seductively powerful piano bridge. All the faces of Jack White are represented and new faces are introduced.

What that adds up to is an album that is nothing more or less than what you'd want and expect from a Jack White-helmed project. Blunderbuss overflows with the type of clever wordplay as central to his music as his signature guitar squall and its distinctive fury. He deftly travels familiar territory without sounding repetitive because he serves the song and the songs serve his vision, demonstrating again the magnetic power of his peculiar genius. He's going to be at the center of the action regardless of what he plays, who he plays with, or what he calls it. He may or may not be an innovator but he has a mighty musical identity, something that becomes rarer with each passing day. He hasn't wiped the slate clean, and thank God for that.