A good starting point for one of the under-heralded greats... 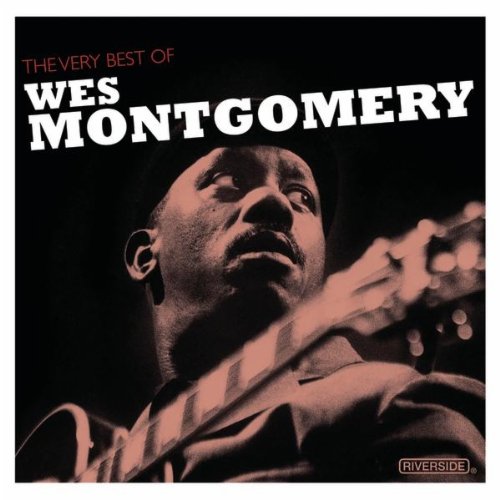 When one thinks of great jazz guitarists, only a handful come to mind. The early pioneers such as Django Reinhardt and Charlie Christian are certainly on the list, as are more commercially successful artists such as George Benson and Pat Metheny. Then there is the case of  John Leslie "Wes" Montgomery (March 6, 1923 – June 15, 1968). In many ways, Montgomery bridged the gap between what was once considered an exotic instrument in the genre, to becoming a valued addition to the music. The fact that he was able to do so much in such a brief period (he recorded as a solo artist for only 10 years before his early death at the age of 41) is testimony to just how groundbreaking his music was.

The new series The Very Best of has just rolled out its first five CDs celebrating the music that Miles Davis, John Coltrane, Sonny Rollins, Chet Baker, and Wes Montgomery recorded for the Prestige and Riverside labels. The Very Best of Wes Montgomery contains 11 tracks, and is an excellent sampler of the work he did with Riverside from 1959 to 1963. He was incredibly prolific, recording a total of 12 albums during this time.

This certainly gave those who compiled the collection plenty of material to choose from, and they chose well. The opening tune is the title track from the Groove Yard album, recorded in 1961 with the Montgomery Brothers. When Wes began working, it was with his brothers. Buddy played piano, and Monk was on the bass. The quartet was rounded out with the drums of Bobby Thomas. As is the nature of these Very Best of CDs, the sequencing is not chronological. The overriding sensibility seems to that of creating an overall mood. Sort of a set in itself, as it were.

This is born out with the very next track, “Besame Mucho,” from Boss Guitar (1963). The Beatles used to do this song as a laugh onstage at the Kaiserkeller in Hamburg, before they hit the bigtime. And that was the only version I had ever previously heard. Montgomery was making no joke with his version  though, as the cut is wildly inventive. This may have to do with the brilliant compatriots of Montgomery‘s. The trio featured Mel Rhyne on Hammond B-3, and Jimmy Cobb’s fantastic drums. Another great from this album is also included, “Canadian Sunset.”

As the title indicates, Bags Meets Wes! (1961) was a meeting of a couple of couple of giants. The song included is “Delilah,“ and on it Montgomery was joined by the ecstatic vibes of Milt “Bags” Jackson, Wynton Kelly (piano), Sam Jones (bass), and Philly Joe Jones (drums).

Of the many, many versions I have heard of Thelonious Monk’s  “Round Midnight,” Wes Montgomery’s version is one of the finest. One of the  “controversies” about Montgomery was the claim that he played in a “West Coast” style. It was the jazz version of the East vs. West rap wars that played out (violently) in the nineties. I can hear some stylistic differences between certain tracks, but so what, a man is allowed to try various stylistic approaches on, is he not? “West Coast Blues” was written by Wes, and is probably the best example of the supposed differences between the music of the two coasts.

When listening to what could be considered a sampler of Wes’ Riverside music, one gets a feel for just how versatile a player he was. The sound of his guitar was wonderfully smooth, yet never pandering. As far as I am concerned, the whole East - West thing is completely irrelevant, as we hear an artist who was at home in any environment.

For anyone interested in hearing one of the great jazz guitarists of all time, The Very Best of Wes Montgomery is an excellent place to start.