Let's hope it's a bridge to new horizons for Jimmie Vaughan... 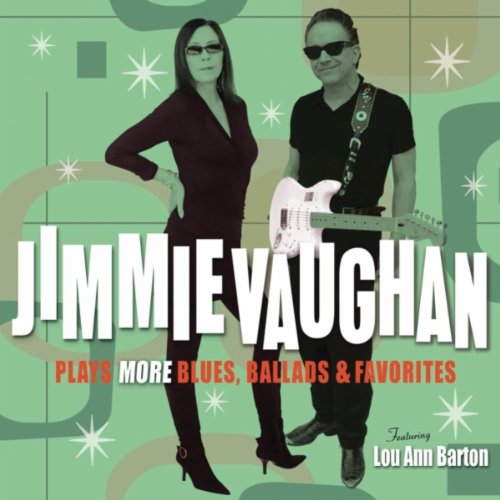 More is a flawed and but enjoyable album, beset by some predictable pitfalls for a project of its kind. The ice is thin for an artist when doing a "standards" collection. It's a challenge to balance fidelity to a classic, beloved song and infusing it with a creative fire that raises it above being another rehash. Vaughan falls into the trap of staying too close to the original too often, but that's not the only manner in which More feels repetitive, especially if you listened to the first volume of this series.

Most of these songs feel as though they're played in the same key and Vaughan's vocal and lead work have very little variation from one song to the next. Vaughan's guitar mastery is muted by shorter songs that don't allow him to push himself from a technical perspective and the compressed range of key keeps his Stratocaster tone rather static, as well. The problem continues with guest vocalist Lou Ann Barton, whose sporadic lead vocal and harmonies feel disappointingly similar throughout.

If you're still with me, you're probably wondering where the enjoyable part comes in. Jimmie Vaughan sleepwalking through a record is more interesting than what a lot of artists have to offer and these are consistent performances of good songs. The record could have been better if Vaughan had pushed himself harder or found ways to vary the sound, but what's here is pleasant and there are a few highlights such as "Teardrop Blues," "Breaking Up Is Hard To Do," and "Greenbacks."

The two-volume Blues, Ballads & Favorites series – sold separately – isn't the most vital chapter in his career but has been an enjoyable one. Let's hope it's a bridge to new horizons for a bluesman who still has plenty to offer.