Listening Room: "Crazy About You" Whiskeytown

"Crazy About You" is the perfect love song for the men of Generation X. as it captures the reversed-gender politics, disillusionment, and yet earthy soul of the times. 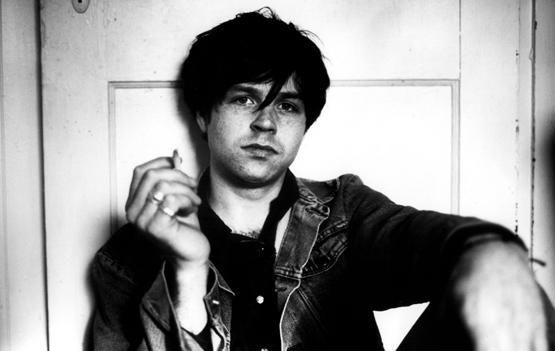 "Crazy About You" is the perfect love song for the men of Generation X. Perhaps there are other notable entries in the category but few capture the reversed-gender politics, disillusionment, yet earthy soul like this tune from the pen of Ryan Adams.

Most of you know of Adams’ early work with the group Whiskeytown. By the time the Pneumonia record came around, Whiskeytown was largely done with changing line ups and record company upheaval. However, buried on that brilliant (though uneven) album is "Crazy About You." "Crazy" displays much of what makes later Ryan Adams albums Gold and Love Is Hell excellent pieces of work.

Love songs are tricky beasts for artists that skate so many edges the way Adams does but like many of his cupid entries, "Crazy" finds its balance by remaining simple. I have always interpreted this song to be reflective. In other words, it’s not happening right now but happened once upon a time. Junior year of college, cute girl that sat three seats behind you in a lecture hall that you ended up talking to long after the study session in the library ended. This song is the conversation you had with that someone over coffee after a few dates and after you’d slept together and the awkwardness set in.

The guy, the protagonist if you will, knows who he is. Flawed, confused, scared of the unknown future and admits this readily as he plays the "traditional" role of the female (the one in touch with and comfortable with his emotions). In turn, his female counterpart plays the male role of guarded and only slightly willing to go out on the limb for this relationship. She’s interested, but doesn’t quite know what to do with this man she calls crazy in that sly, Winona Ryder way and won’t budge with letting the walls down. His responses with the verses and jangly chorus are dissections of their previous conversations. He is in love with her and is happy with her but can’t help but wonder if she’s just using him for the moment and will be gone at any turn. He reassures her it's worth it even when you think you’ve said too much because that’s what you are supposed to do when you are in love with the same screwed up kind of person you are.

And the best part – there’s not resolution to the conversation. The song ends at 2:45 with the lingering last lines hanging above that coffee shop:

It is in these musical moments we recall the places we walked, the people we knew, and the ones we tried to love as we stumbled through our 20s towards the unknown. The tears in our eyes were caused by our own patterns of and predilections for self-destruction in our relationships as we chased what we wanted but weren’t sure we deserved or could have. In the end, all we could do was be honest.  If "Crazy About You" is anything, it is honest. And that’s what makes it great.

The song and album are available for download on iTunes and the CD is available at Amazon.