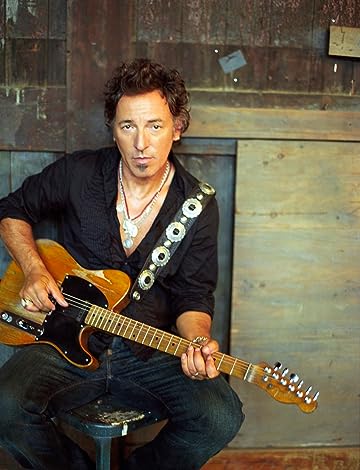 Springsteen’s '90s work often gets mixed reviews from his fanbase but this tune is the crown jewel of that period and stands up with his best work. From the opening G-Chord through the gospel-choir tinged builds, ripping guitar solos, and soulful verses, “Human Touch” is a ride on Springsteen’s train through a tapestry of life, love, loss, and moving forward.

The song’s story is about a man laying it all on the table without pretentions because there’s no point in them. It’s not about sex; that’s the easy road interpretation and in fact, I think it’s refuted in the song’s context. That’s out there and both know it but Springsteen is looking for something more – a companion. Springsteen sings the opening and following verses like a confession. First, there’s recognition that we aren’t as young as we used to be. It’s what everybody ultimately realizes as you hit midlife and start thinking about where all the ideas went. They went were most go – bought and sold to the highest bidder along the way or forgotten like an old keepsake from high school. Next, there’s the reality of relationships at middle age; it’s either meaningless hook-ups or you just looking for a message in a bottle that never comes. Then, he offers something real:

The second verse and chorus just reaffirm this message: “It’s just you and me tonight” “Do you think what I’m asking’s too much?”

All of that builds, slow and steady until - like emotions often do -  it finally explodes in the bridge and guitar solo. The bridge is the most ardent plea:

The solo is what it’s like to just lose yourself with someone in the moment of passion. It’s a release of steam, messy, all over the place, and totally worth it. It’s the kind of kiss in the rain that makes you forget the rain. And then there’s the follow-up:

So you’ve been broken and you’ve been hurt
Show me somebody who ain’t
Yeah, I know I ain’t nobody’s bargain
But, hell, a little touch up and a little paint...

I’m not only your best option but I’m offering something real. Not a fairy tale, but the next best thing because it’s real. It’s all about having someone to hold on to and talk to “when all the answers they don’t amount to much” and someone who’ll make that okay. Comfort learned through years of getting it wrong and really wanting to get it right this time. This song is all about dropping all of that baggage off at the station and looking forward to tomorrow’s sunrise.

There’s a great book by therapist Judith Viorst called Necessary Losses: The Loves, Illusions, Dependencies, and Impossible Expectations That All of Us Have to Give Up in Order to Grow. “Human Touch” has always felt like a song that served as a soundtrack for the themes of that book because it’s not just about love, sex, or getting older. It’s about letting go of what hurt in the past and the ideals that don’t really matter and deciding to be content with someone else looking for the same.

“Human Touch” is available for download on Amazon and on iTunes.