Loop Reissues Review: 'Heaven’s End,' 'Fade Out,' 'A Gilded Eternity,' 'The World in Your Eyes'

The Best Reissue Series Of The Year

In music, 25 years is an eternity. I came of “musical age” in the ‘70s, and even though The Beatles had broken up less than 10 years earlier, they seemed like ancient history to me. I can only imagine what the MP3 generation thinks of Loop, a band who came together so long ago that Ronald Reagan and Margaret Thatcher were still in office. 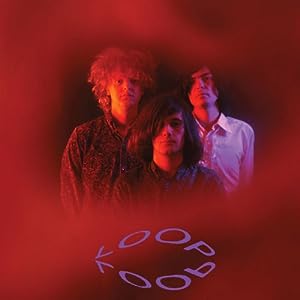 Thanks to the Reactor label’s series of reissues though, we have an excellent opportunity to hear one of the truly great groups of that era. I have seen plenty of high-quality reissues over the years, but the job Reactor have done with the Loop catalog is phenomenal. Usually, something this comprehensive is housed in a great big box, with a great big price tag attached. To fill out the package, we often find zillions of outtakes and the like, which may be listened to once, if at all. The four sets that comprise the Loop campaign have been done with a care and dedication that is as brilliant as any I have seen.

The sets are presented with exact reproductions of the original LP cover art, plus a second bonus disc of rarities. For fans such as myself, who never managed to track down every single release, these second discs contain a plethora of treasures, from multiple sources. The original analog tapes of all the material have been remastered for optimum sound as well.

Although the 16 Dreams and Spinning EPs were Loop’s first releases, my first exposure to the band came with their full-length debut Heaven’s End. The demise of the physical packaging of music these days is something I whine about rather consistently, but there is good reason for it. In the case of Loop, I am not sure I would have ever even have listened to them had it not been for the cover art of Heaven’s End. I liked what I saw, and took a chance.

Listening to this album again is the audio equivalent of feeling a giant wave engulf me. The music of Loop circa 1987 was overwhelming, (it still is actually), like a tsunami of feedback. As surely as Hurricane Sandy swallowed the Jersey shore, “Soundhead” swept me away. And this ghastly magnificence never let up. For me, the Heaven’s End more than lived up to its title, and was one of the most exciting records of the year as far as I was concerned.

At this point, I would like to share some thoughts about the state of music in 1987, just to give some context to why Loop meant so much to me. One largely forgotten element of the culture was the release of classic albums on the then-new format of compact disc. Boomer favorites from Simon and Garfunkel to The Fifth Dimension were trumpeted as brand new recordings.

I will never forget the ad campaign for the CD release of Sgt. Pepper that year. “It was 20 years ago today…” went the tag. Such utter brilliance. Yes, 20 years after The Beatles’ magnum opus was released, it was making its CD debut. While this classic rock revival was all the rage in the mainstream, there was an actual psychedelic underground going on as well. Cool bands such as Screaming Trees, The Dream Syndicate, and Ride were extolling the virtues of feedback. Loop fit right in.

Ah, those were the days. Getting back to the reissues though, the triple-disc The World in Your Eyes is a special treat for me, as I had never previously heard any of that material. As I mentioned earlier, Loop’s first releases were the EPs 16 Dreams and Spinning, which provided the backbone of the original package. This set features those, plus the later EPs, Black Sun and Arclite. It also includes recordings from the very first Loop demo, their contributions to tribute albums for Neil Young and Nick Drake, a promo-only live EP, and their cover of a Godflesh tune, from a split 45 with that band, who were covering a Loop song on the flipside. The World in Your Eyes is packed with treasures.

Loop’s second “proper” album was Fade Out. I picked this one up sometime in 1989, most likely between arrivals from the Sub Pop Single of the Month Club. Fade Out showed a marked growth in the songwriting and style of the band. The overwhelming feedback wash of Heaven’s End was toned down a bit, but not too much. Fade Out contains some excellent tracks, including “Black Sun,” “This is Where You End,” and “Got to Get it Over.” Thankfully, Fade Out was not Heaven’s End Part 2, for that would have been a major mistake. As A Gilded Eternity showed the following year, Fade Out was the necessary “in-between” album for the band.

With A Gilded Eternity, I believe Loop reached full maturity. As our mission statement reads "BlindedBySound is a community for music obsessives, written by music obsessives," I am going to take this opportunity to fully express my impressions of what Loop achieved over the course of their short career. To do this, I will use a band who never really “made it” either, but one whose career (for me at least) seemed a direct precursor to Loop’s.

In 1983, The Chameleons released their debut LP, Script of the Bridge. It was a stream of consciousness masterpiece, and an album that completely turned my head. What Does Anything Mean, Basically? followed in 1985, and was pretty good, but not great. They had “trimmed the fat” quite a bit, and while the tunes were much less ethereal, I could not help but miss the messiness and brilliance of Script. What Does Anything Mean contained some wonderful music, but it was clearly a transitory effort. On their 1986 Geffen Records debut Strange Times, it all came together.

Fans of both groups may disagree with me, but I believe that the early ’80s path of The Chameleons was nearly identical to that of Loop’s in the latter half of the decade. This brings us to my point. Just as most Chameleons fans I know have a hard time choosing between Script and Strange Times, I have difficulty in choosing between Heaven’s End and A Gilded Eternity.

The crazed, “kids loose in the studio” impact of Heaven’s End became much more focused on Fade Out, then a fully realized thing of beauty on Eternity. It is an undeniable album, with longer songs, and brilliant guitar work. I love it, but just like my Chameleons story, my preference for their first or third record fluctuates depending on my mood. Both are excellent, but represent fundamentally different points in the growth of the band.

As mentioned earlier, the bonus discs of Loop’s three albums are full of treasures. Disc two of Heaven’s End has alternate mixes of “Soundhead” and “Head On,” and their cover of Suicide’s “Rocket U.S.A.” The original studio version of the Suicide song appeared on The World In Your Eyes. There are also three tracks from a 1987 John Peel Sessions appearance.

The Fade Out bonus disc contains three alternate mixes, a demo version of “This is Where You End,” and another three-song Peel Sessions set from June 1988. Then there is the truly weird series of “Fade Out Guitar Loops: I, II, III, IV, V.” They are separately banded, but I like listening to them together as one 12:30 piece of groovy, La Monte Young or Metal Machine Music type of fun.

John Peel obviously was a Loop fan, as the rarities disc of A Gilded Eternity contains yet a third, three-song Peel Sessions appearance, from 1990. There are a couple more alternates included, but the real treat comes with the five demos that close things out.

As the press release for the reissue series notes, these four sets contain everything Loop recorded, except for a couple of items deemed far too damaged for commercial release. To quote, “These are the definitive editions, there can’t be any “super-deluxe” editions with previously unreleased material issued in the future.” In other words, this is it.

I must confess that it has been many years since I had listened to Loop, having sold my old vinyl off long ago. Hearing them again, especially in this manner is a revelation. Back in the day, there was plenty of other music competing for my ear, and these albums seemed to reflect their times of release. Playing them back to back now is the aural equivalent of watching a building go up in stop-motion photography. Three years of incredible growth are represented, plus plenty of side-trips thanks to the generous bonus discs.

For those who missed them the first time around, Loop are a band you should hear. But don’t just take my word for it. John Peel is considered by many to have had the finest ears in radio, and his respect for Loop speaks volumes.

In regards to the reissue programs we have seen over the years from various labels, I defy anyone to top this one. From the music through to the presentation, it is my sincere hope is that others will “take the plunge” and check out Loop. 2012 is coming to a close, and the Loop reissue series has my vote as the best of the year.