Maria Muldaur Has New Orleans On Her Mind, In Her Heart On 'Steady Love' 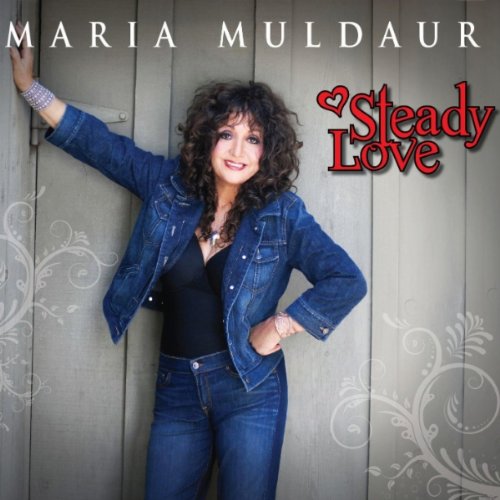 Maria Muldaur drew inspiration for Steady Love, her follow up to the acclaimed Garden Of Joy, from New Orleans and worked with several musicians from that area. That might help explain the song selection on the record, as Muldaur creates some strange contrasts in an attempt to give voice to a diverse, unique American city.

There are Christian hymns and odes of faith ("I Done Made It Up In My Mind," Walk By Faith"), gritty blues with carnal connotations ("Get You Next To Me"), traditional blues tales of hard times ("Why Are People Like That," "Blues Go Walking") and songs of social consciousness ("Don't Ever Let Nobody Drag Your Spirit Down").

These things exist within a culture and an individual and what may seem contradictory to may feel natural to others but making it all work on a record is a balancing act. Her voice and the excellent musicianship are almost strong enough to give cohesion to the freewheelin' nature of the songs but the jarring juxtaposition breaks the momentum and makes it tough to think of this as an album rather than a collection of songs. I'm sure this strange concoction of flavors makes sense to someone. Maybe I'm being obtuse but it seemed odd to me.

I did find my way through the record when I stopped trying to cobble together some kind of grand statement and let it be a collection of professional performances.

I first heard "Why Are People Like That?" on Muddy Waters' Woodstock album and I'll always prefer that version of he and The Band but Muldaur is good here and she is even better on "Blues Go Walking" and "Rain Down Tears." The grit in her voice gives a sense of strength and defiance to songs like "Walking" and Tears," songs where the protagonist is down on their luck.

The performances on the record are incredibly strong. Muldaur is a natural as a song interpreter and she's being doing this a long time. Some songs play more to her strengths than others but her gift to interpret and empathize as a vocalist mean nothing on Steady Love is beyond her grasp. She's still singing because her voice still has a lot to say and even if there's a sense she's trying to say a little too much on Steady Love, she still says it as well as anyone.