Here, My Dear: An Unrecognized Masterpiece 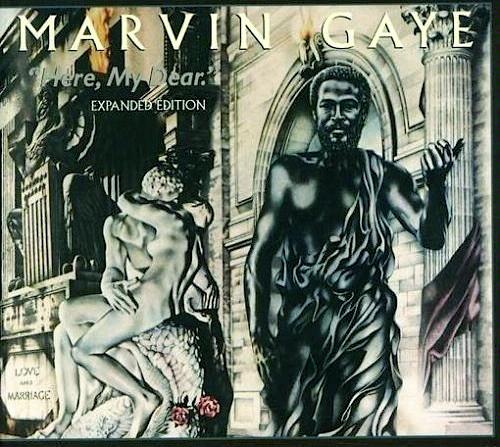 Sometimes I wake up in the middle of the night unable to get back to sleep so I give up trying and listen to a record that would not normally be on my radar. This morning that record is Marvin Gaye’s Here, My Dear.

I have always loved the drama of the story behind the double LP set but I have never actually listened to it through and through, start to finish until now. Marvin was divorcing his wife Anna, the sister of Berry Gordy, his mentor and owner of Motown Records… and owner of Marvin’s record contract. As a term of his divorce settlement, Anna would receive ALL of the royalties from his next release for Motown.

Marvin presented a set of songs that he was sure would be rejected; personal, flaming torch-bitter songs with a clear target. By 1978, he had complete artistic control of his music. If Gordy chose not to release anything Marvin submitted, it still counted. With 25 years, Marvin’s untimely death, and his entire catalog of music, Here, My Dear is his ignored masterpiece. I don’t know if the joke is on Marvin or Anna or Berry or us but the music and songs are the most personal of his life. The songs are nearly perfect as backing tracks but most of the lyrics have no meter and it does not matter. Just like "The White Album" or Exile On Main Street, Here, My Dear is a solid statement.

There are no hit singles in this collection, nothing that the dance floor crowd can groove to or grab onto a hook other than a slow, funky move for over an hour. The music is stock -perfect Marvin but when listening to the record start to finish it is as much of a statement as “What’s Goin’ On.” The lyrics are the main thing and he makes reference to his earlier hits but a couple of times he has the refrain, “That don’t help me, baby.”

He was mad at his soon to be ex-wife, his record company, his fans and himself. The only thing he knew how to do was make music and try and let go of all of his bitterness. He put it all in these songs. Every track is presented as a parting love letter and an attempt at a casual brush-off. Can you think of an artist, even out of those Brooklyn bands, who can write a song to himself as “You Can Leave But It’s Going To Cost You Dearly”?

Listening to this record in one sitting, you will find Marvin angry and bitter but, by the ending, apologizing. If you pick up the expanded CD, you can hear the reprised coda of the title track that he wanted to close the record but there was not enough time left after he had torn out his guts and poured out his soul to Anna.

He even wishes her well.