McCrary Sisters' 'Our Journey' Gospel Music At Its Finest

As gospel music goes, this one’s as good as it gets! 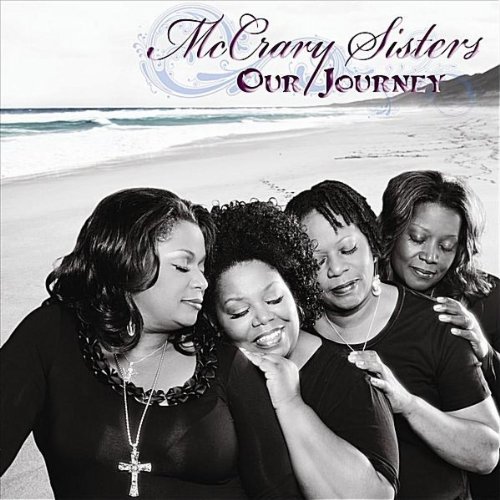 All the elements are certainly in place for greatness on Our Journey, the debut of The McCrary Sisters. The sisters  themselves bring a formidable backstory to the project; born into a musical household, their late father, the Rev. Samuel McCrary, was a founding member of legendary gospel quartet The Fairfield Four.  Individual credits vary widely, but Ann has two solo recordings under her belt, while sister Regina toured and recorded with Bob Dylan and  has performed with both Elvis and Johnny Cash.

Our Journey is the first recording by all four sisters – Ann, Regina, Alfreda, and Deborah. Apart from a couple of secular tunes, it’s primarily a gospel collection, but the music is more than strong enough (and the spirit infectious enough) to keep non-believers enthralled.  Opening with a funky cover of Dylan’s immortal “Blowin’ In The Wind” – here given a simmering, swampy rearrangement – the four siblings  tackle a handful of originals along with one co-written by Regina and his Bobness himself (“Give Him My All”).

Befitting the daughters of one of Gospel music’s greats, the harmonies here are immaculate and impeccable, and the prevailing mood is one of joyous celebration and genuinely grateful thanks for life’s many blessings.  And they’re supported by an absolutely heavenly band, including the core of Delbert McClinton’s working outfit, with a guest appearance by McClinton himself on “Other Side Of The Blues (Until I Met You)”.  On hand to help out are Kevin McKendree - who co-wrote several tracks - on keys, along with guitarist Rob McNelley and the late, great Dennis Taylor on saxophone. McNelley turns in a particularly nasty, biting solo on the aforementioned “Other Side,” while McKendree proves himself typically brilliant throughout.

For the most part the songs borrow traditional structures, with secular rhythms serving as the foundation for the sisters’ testifying.  There’s the rafter-raising “Bible Study,” an object lesson in exuberance, while “Know My Name” has a field-holler feel powered by booming drum-and-tambourine percussion.  “Broken Pieces,” a sublime piano ballad, sounds secular but really isn’t, and “Give Him My All” is pure funk, albeit aimed at the heart rather than the feet.

But it’s the voices that count here, and it’s obvious the McCrary Sisters are well-versed in the art of vocal interaction. All four take turns on lead, but the siblings are always close by, with layered harmonies and interwoven lines lifting every tune.  There’s a cheesy moment with a spoken, sisterly interlude to introduce the title track – an autobiographical ode to the strength and resilience of family and faith - but given how personal the project is, it’s clearly heartfelt and sincere and eminently forgivable.

Both thoughtful and genuinely joyous, Our Journey is a delight from beginning to end.  Here’s hoping The McCrary Sisters still have a long way to go!