There will only be one Muddy Waters but the son honors the father on his latest effort... 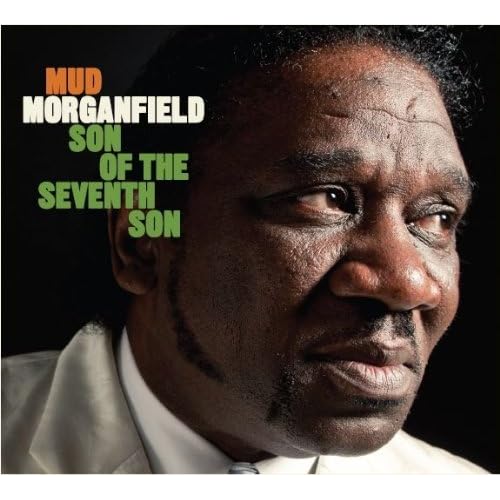 The best and worst thing going for Mud Morganfield's Son Of The Seventh Son album is the fact he is the oldest son of blues icon Muddy Waters.

Morganfield, to his credit, doesn't try and hide from the famous footsteps of his father but instead embraces the legacy.

"There's two of Pop's (songs) on there and with anything I do, I'm gonna add Pop," Morganfield said about the album. "It's all got that Muddy style to it, because that's who I am. Without me even trying, I come off like the son of Muddy Waters and I'm proud that it's like that."

For those of you who think Julian Lennon sounds a lot like his dad, check out the vocal similarities between Mud and Muddy. Eery.

First, Morganfield largely confines himself the sound of his father's golden age, mostly the material he recorded in the '50s with fellow luminaries Little Walter, Jimmy Rogers, and Otis Spann.

Second, it's a good piece of traditional Chicago blues because of and in spite of the obvious similarities. Morganfield sings a lot like his dad and because of the players he's backed by. Billy Flynn, Barrelhouse Chuck, Kenny "Beedy Eyes" Smith (son of former Muddy Waters' drummer Willie "Big Eyes" Smith), and Bob Corritore may or may not have ever played with Muddy but they've played with and learned from his contemporaries. They know how classic Chicago blues is supposed to be played and create that sound throughout the record.

That said, the music of Muddy Waters is an unimpeachable, unapproachable benchmark in the blues and listening to Son Of The Seventh Son makes me want to reach for my Complete Chess Masters box sets and listen to the music that set the standard.

Son comes off as a heartfelt tribute from Mud to his dad's music and it's an enjoyable one but just as there was only one John Lennon, there's only one Muddy Waters.