Lumiere is a lost masterpiece of the musique concrete form. 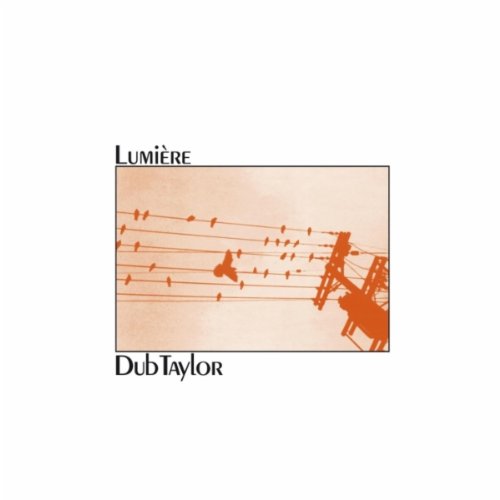 Dub Taylor is a U.S. composer, engineer, and designer who once studied with Karlheinz Stockhausen. His admiration of Edgard Varese would also prove to be a pivotal component of his work. Taylor's brilliantly experimental album Lumiere would be released by the Varese International lable in 1973, and has been out of print ever since. It is a lost masterpiece of the musique concrete form.

To put this proudly avant-garde style into a (somewhat) mainstream context, think of John Lennon's "Revolution 9." Actually, Lennon's intonation of "Number nine, number nine, number nine..." serves to make the track far more accessible than pieces of this nature generally are. Frank Zappa was also a fan of the genre, as was shown with his "Return Of The Son Of Monster Magnet" from the Freak Out LP. Lennon, along with Yoko Ono, would continue to explore musique concrete with the Two Virgins and Life With The Lions albums.

When listening to Lumiere, one is as drawn to the creation of it as much as to the sounds themselves. From 1969 to 1972, long before the structure of the piece was in place, Taylor was collecting various bits. As stated in the liner notes, "I started by recording random sounds: jets taking off from LAX, my girlfriend laughing and screaming, my cat Bartok biting a microphone, conversations, etc."

He then describes the process of capturing all of those elements for posterity; "I set up reel-to-reel machines with tapes I had pre-recorded and plugged them into a mixing board. I rehearsed my fade-ins and fade-outs and the starting and stopping of the various decks. When I was ready I went for it, 'playing' all these machines like a musical instrument in this mad moment of creation. In effect, Lumiere was a 'live' performance."

The overall effect is comparable to hearing an alien broadcast over your car radio. Amidst the random squelches, blips, and general white noise come recognizable human elements, if ever so briefly. Very quickly one is drawn into this alternate world - which seems to exist on a plane all its own. The album is a stunning achievement, both as an intellectual exercise, and as a fully realized compostion.

38 years after its original release, the Sub Rosa label has issued Lumiere on CD, complete with a suitably warped bonus track - "Variations On The Dudley Do Right Theme." To remove himself a bit from the deadly serious and often pretentious music he was being exposed to, Taylor decided to have some fun. "Dudley Do Right Of The Mounties" was a recurring bit on the classic early sixties animated Rocky And Bullwinkle Show. Taylor recorded the 20-second "Dudley" theme off TV, and proceeded to play with it by lengthening and manipulating it into a form that stretched out to a little over three minutes.

The resulting "Variations" is both hilarious and artistic, a clever skewering of the overly serious tone that characterized many of his peers, while at the same time becoming a winning composition in its own rite.

Lumiere is without a doubt an acquired taste. But for those adventurous enough to give it a chance, the album is a fascinating listening experience.