A sampler at Coltrane's Prestige era... 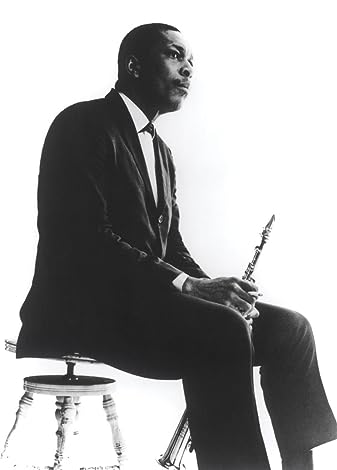 The list of jazz legends who recorded for Prestige in the '50s is very impressive. Among the plethora of talent the label boasted were John Coltrane, Miles Davis, Sonny Rollins, Wes Montgomery, and Chet Baker. The Very Best of is a new, budget priced series from the label, and each title works as an excellent sampler of the featured artist.

John Coltrane began his solo career with Prestige, as a sideman with Miles Davis. As surprising as it may seem, ‘Trane was a bit self-conscious in the beginning. It took the belief of Prestige Records founder Bob Weinstock, to really bring it out. Weinstock is quoted in the liner notes as saying “He had the potential to be the next Charlie Parker, but had no idea of even being the leader of a group.”

The first album where Coltrane’s name was listed on the cover as a featured soloist was Tadd Dameron’s Mating Call from 1956. The song from that album included here is “Soultrane,” a Dameron composition which Coltrane would later re-record and use as the title track of his own 1958 outing. The single-disc Very Best of John Coltrane features nine more tunes, all recorded between 1956 and 1958.

As a lifelong fan, I have listened to just about everything John Coltrane has recorded. Yet these days, I find myself drawn more and more back to his early, Prestige material. Although it will never be accorded the same amount of critical respect A Love Supreme continues to receive, his sessions with Prestige were often incredible in their own right. The manner in which they were released over the years has caused quite a bit of confusion however, which is one reason that I believe they have never quite gotten the attention they deserve.

The Prestige modus operandi was highly collaborative. Very often a group of musicians would go into the studio, record all day long, and the results would later be split up and issued on albums “by” the various participants. One combination that differed from this approach was the Thelonious Monk with John Coltrane album, which was definitely set up as a “summit meeting” between the two giants. “Nutty” is the track included in the Very Best of, and it is a great choice. Another album which was mapped out beforehand was Kenny Burrell & John Coltrane. The guitar of Burrell working alongside the sax of ‘Trane is shown to be a powerful combination during “Freight Trane.”

One of the most utilized modes during the Prestige sessions was the blues, which would be extended via solos. Some of the finest music Coltrane recorded for Prestige would be made by a quartet featuring himself, Red Garland (piano), Paul Chambers (bass), and Art Taylor (drums). Both “Good Bait,” and “Traning In” clock in at over 12:00 apiece, and are excellent examples of this approach.

The Very Best of John Coltrane closes with the title track from Bahia. Like the earlier songs with Garland, Chambers, and Taylor, the song was recorded in 1958, but not released until his popularity grew in the 1960s. That approach is one of the reasons that Coltrane’s work for Prestige has never really been fully appreciated, I think. There were so many of these “jams” that were made, but issued under various names later on, that it was difficult for fans to get a handle on them.

With The Very Best of, we are offered a great sampler of the music John Coltrane recorrded with the label. This series is very cool, and features some other tremendous artists as well. Reviews of the remaining titles in this inaugural batch of the series will appear in these pages shortly.