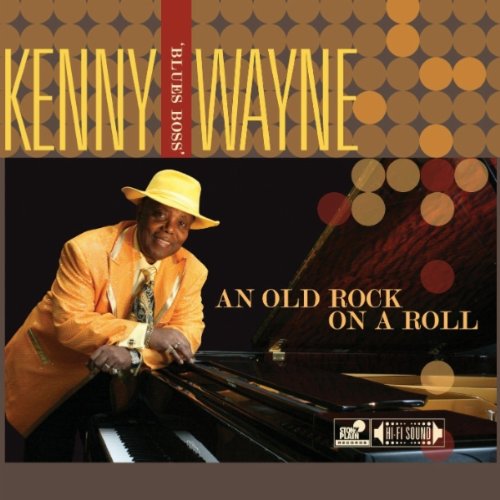 A 10-spot surge by Kenny 'Blues Boss' Wayne couldn't unseat Tedeschi Trucks Band as the #1 album at blues radio, but it was enough to send him soaring to #2. The rest of the Top 5 is Hot Tuna, Tab Benoit's Medicine, and Terry Hanck's Look Out!.

Kenny Wayne Shepherd's How I Go hasn't been this high in a little while and is probably the only other major difference this week compared to last as he edges in at #14. From there, we have mostly albums that have been part of our Top 15 for quite some time. I predicted a shakeup awhile ago and it hasn't happened… yet, I'll declare myself Nostradamus when it does.

I just received Tuna's Steady As She Goes last week and Terry Hanck's album should arrive this week. Both have been added to my burgeoning list of pending album reviews. I just hope Terry and Tuna hang on long enough in the Top 5 for me to get those reviews finished (or at least the Top 15). I'll get them reviewed either way as both have been mainstays on the chart for awhile.

A few more words on our big mover-and-shaker, Kenny "Blues Boss" Wayne. His record is a fine collection of songs, featuring some sharp piano playing from Wayne and benefitting from Duke Robillard's production as well as his backing band.

Here are the Top 15 records at Blues Radio according to Roots Music Report for the week ending Sept. 16, 2011:

7. Tracy Nelson - Victim Of The Blues

11. Rory Block - Shake 'Em On Down A Tribute To Mississippi Fred McDowell