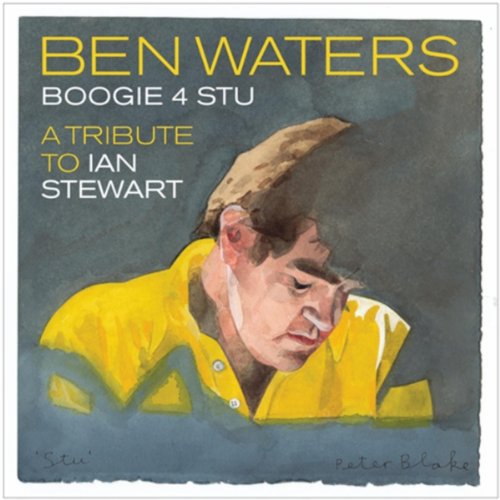 We've been putting the same albums in a blender and jumbling the order but it's been largely the same names and records of late. Ben Waters' tribute to the late Ian Stewart moves back to #1, nudging aside Tedeschi Trucks Band's Revelator. Marcia Ball, Hot Tuna, and the latest from Booker T. Jones round out the Top 5. Gregg Allman's Low Country Blues was #1 for several consecutive weeks but finally seems to be losing steam. It's been a hell of a run for the legendary vocalist considering it's still in the Top 10 and the record was released in January.

Steve Dawson's Nightshade was released a couple months back and didn't seem to get much traction out of the gate but it pops up in the Top 15 as does the latest from Harry Manx and Kevin Breit, Strictly Whatever.

The charts may be a bit static now but I expect that to change. Grammy-winner Tom Hambridge has a solo record coming out and produced a new album for George Thorogood & The Destroyers, whose album is already among the Top 15. We've got new sets from Kenny Wayne Shepherd and Moreland & Arbuckle coming soon as well as the inevitable torrent of fall releases. Here are the Top 15 albums at Blues Radio for the past week according to RootsMusicReport.