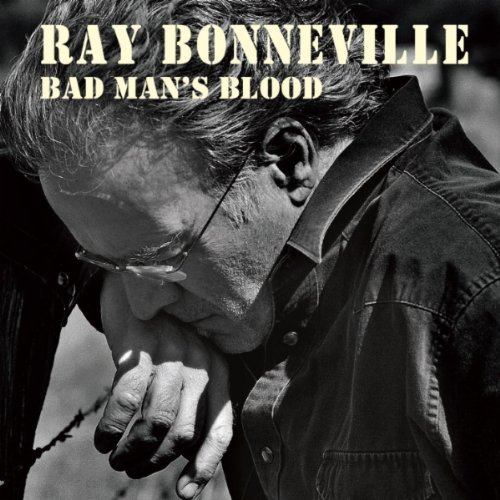 Ray Bonneville's Bad Man's Blood vaults eight spots to unseat Tedeschi Trucks Band's Revelator from the #1 slot at blues radio according to Roots Music Report. It's a shocking but welcome development not because I don't love TTB but because it gives me enormous pleasure to think such a thoughtful, lyric-intensive album still captivates listeners. It's not a prototypical blues album at all but some radio programmers were willing to give the veteran storyteller a chance to connect with listeners. I hope they enjoyed it as much as I did. I still can't believe it hit #1. Bono was right: you miss too much these days if you stop to think...

Duke Robillard's sensational Low Down And Tore Up is also in the Top 5 this week and if the word "sensational" didn't give it away already, I love that record. It's a great collection of gritty blues covers that was recorded directly to tape with minimal overdubs and live in the studio. It sounds great, plays great, and screams to be heard. If you want to check out just a couple tracks to get an idea of what it's about, I recommend "What's Wrong" and his great version of Pee Wee Crayton's "Blues After Hours." Maria Muldaur's excellent Steady Love, TTB's Revelator, and George Thorogood's latest round out the top five.

I dug Ana Popovic's Unconditional and am glad to see it move up a couple spots this week, remaining in the upper reaches of the chart. It's good to see the latest from Moreland & Arbuckle in the Top 15 even though its predecessor Flood was stronger than Just A Dream.

I've read a couple reviews of Hugh Laurie's Let Them Talk and most of them say the extraordinary British actor has made a credible, enjoyable record. I may give it a listen on Spotify but haven't brought myself to buy it. I've still got to get Hot Tuna and Terry Hanck's albums reviewed so Hugh is just gonna have to wait.