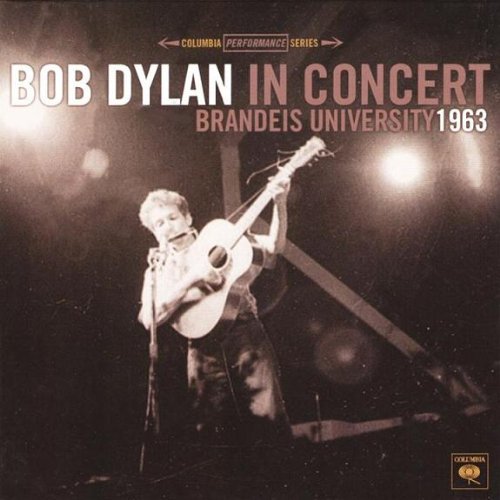 What was once a limited edition offering is now getting widespread release as Bob Dylan's 1963 performance at Brandeis University makes its way to stores and digital music retailers April 12.

Bob Dylan in Concert - Brandeis University 1963 is a seven-song performance the young singer/songwriter gave as part of the Brandeis First Annual Folk Festival in Waltham, Massachusetts on May 10, 1963. None of the songs he performed during the set were available on LP at the time. Only his self-titled debut had been released at that point and its follow-up The Freewheelin' Bob Dylan would not hit store shelves for another two weeks.

The Brandeis tapes are sourced from 7" tape likely taken from the mixing board at the venue, ensuring high fidelity audio for a performance that was never intended to become a live album. The tapes sat in a house for 40 years before being discovered.

Dylan's set at Brandeis University that day in 1963 was an ominous one, filled with apocalyptic, fiery anthems that would take on greater resonance in the decade to come.