The first single will be "Big Foot"... 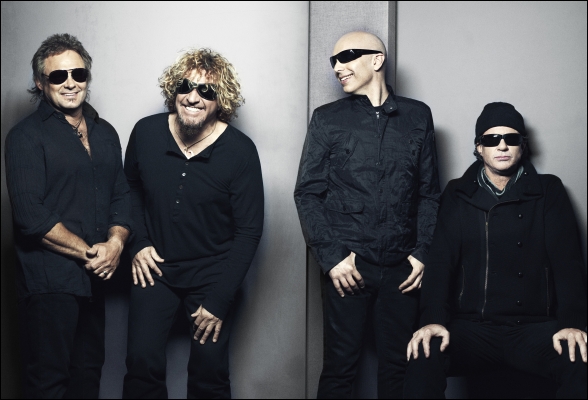 Chickenfoot will release their second album September 27 and they've followed the pattern of another famed supergroup with the naming of their record. Chickenfoot's new disc has been dubbed Chickenfoot III, reminiscent of The Traveling Wilburys who followed their debut Vol. 1 with Vol. 3.

What is the deal with these guys? Can they just not count? Not according to frontman Sammy Hagar, who said of the new record: "it's so good, the songs are so tight, it's like we jumped right past having to make a second record." Supergroups, super... confidence.

The band -- Hagar, Joe Satriani, Michael Anthony, and Chad Smith -- has been teasing Chickenfoot III for a couple weeks now with YouTube video clips and they'll soon release "Big Foot" as the first single from the record.

Chickenfoot played quite a few shows in support of their debut. It will be interesting to see what their touring schedule will be this time as Red Hot Chilli Peppers, the "dayjob" of drummer Smith, are releasing their first album in several years this summer. Will either band tour? Will they both tour? How will Smith be in two places at once? These and other questions are still to be answered.

Check out the two teaser videos for Chickenfoot III