This is what a live DVD should be!

Details have been announced for Noel Gallagher's live DVD/Blu-ray International Magic Live at the O2 and in what should be a surprise to no one: he's doing it right while so many get it wrong.

The set will be released Oct. 23 and will feature his entire performance at O2 Arena in London- something far too few bands do (I'm looking squarely at you U2 and Rolling Stones, for starters) and he's also packed this set with some fantastic bonus features and goodies.

The 20-song set will be appended with Gallagher's eight-song acoustic mini set in Toronto that includes a performance of "Wonderwall," a song he didn't play as part of the O2 show. We also get an additional six-song performance from his appearance at this year's NME Awards.

That's pretty great and we're still not done, kids. There's a bonus CD of demos of every song from his solo debut High Flying Birds, the b-sides from the singles, and the brilliant non-LP track "Freaky Teeth" (which was performed at the O2 gig).

The three videos filmed for singles from the album have been assembled into a short film called "Ride The Tiger." 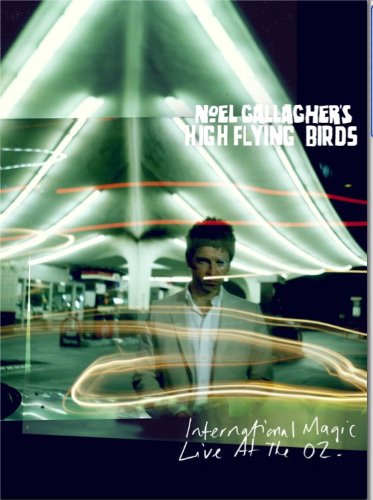 That, boys and girls, is how you do it. Noel is playing chess and the rest of those suckers are playing checkers. That's what a live DVD package is supposed to look like. This shouldn't be any big deal but no one ever gets it right. The entire performance, bonus footage that people will actually watch, and a nice CD of some demos. What's exciting about those demos? It's probably going to be a virtual unplugged version of the album and longtime Oasis fans know The Chief excels in the acoustic setting.

This is the same set list he played at the extraorinary Atlanta show and it's why I'm going back to see him when he plays God's favorite room, Ryman Auditorium, in November. I've pre-ordered the hell out of this and I'll probably watch it six times between Oct. 23 and that November 5 show in Nashville.

Hail, Chief. This is a mighty work what you've done here and I've forked over my cash.

Here are the respective setlists and tracklistings: