Don't let the title mislead - Dykes is here to stay! 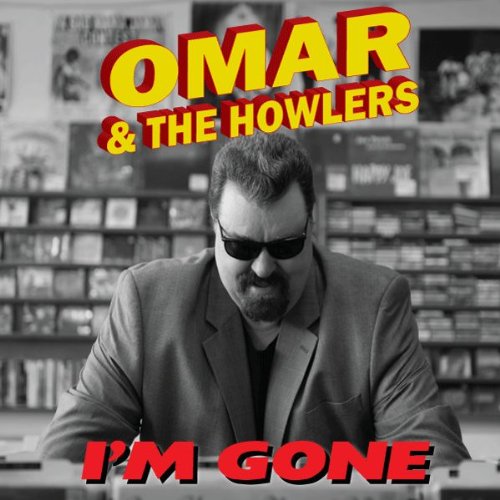 The title might be a bit misleading on this one – it’s rather hard to imagine Omar Dykes going anywhere other than on to the next gig. He’s been a professional musician for some fifty years now, and I’m Gone is billed as a celebration of that rather significant milestone. Judging by the impassioned yet unforced performances here, Dykes probably couldn’t live long without making music in some fashion.

Regarding his latest, he says, “This is my 50th year of playing music, so I just did what I wanted to do. There’s a little bit of everything I like on here. I like to call it my Americana CD. From rockabilly to a ballad, and from country to blues, it’s all over the place.”

Indeed, Dykes’ last two recordings, both with musical foil Jimmy Vaughan, were celebrations of the music and influence of bluesman Jimmy Reed. Here, though, he ventures further afield - the title track is a pure rockabilly rave-up, with sizzling fretwork from Dykes and Casper Rawls. “All About The Money” could easily be an outtake from his Jimmy Reed discs – it’s got that same lazy shuffle feel that informed virtually all of Reed’s ouvre. “Drunkard’s Paradise,” on the other hand, is reminiscent of Johnny Cash, with that irresistible chicka-chicka train rhythm the Man In Black worked so well. “Wild And Free” borrows the classic Bo Diddley beat, and elsewhere both “Move Up To Memphis” (written by John Lee Hooker, it’s the collection’s only non-original) and “Take Me Back” (the latter directed to Mississippi) are in that rockabilly territory where country and blues blend seamlessly, with the energy ramped up to stratospheric proportions.

Apart from the heartfelt balladry of “Let Me Hold You,” and the pure honky-tonk lament of “Drunkard’s Paradise,” the rest of the material is unmistakably blues, dirty and dangerous. There’s the guitar-driven shuffle of “Down To The Station”, the slow grind of both “Goin’ Back To Texas” (place is obviously on Dykes’ mind) and “I’m Mad Again,” as well as the self-explanatory “Omar’s Boogie.”  Every tune features absolutely stellar guitar work, with most tunes featuring Dykes and either Casper Rawls or the criminally underrated Derek O’Brien, but it’s Dykes alone who’s responsible for “Lone Star Blues,” an absolutely breathtaking exercise in tone and taste, Dykes shaping  and caressing each note to stunning effect.

Dykes has always been a rough-hewn vocalist, his growly voice approaching the primal roar of the late, great Howlin’ Wolf. But there was a sense on some earlier efforts that it was an adopted affectation. Here he sounds thoroughly natural, at ease with the sandpapery grit and jagged edges, as though he’s literally grown into a voice that sounds as old as the ages.

The players are a mix of Howlers old and new. In addition to guitarists Rawls and O’Brien, bass duties are split between Ronnie James and Bruce Jones, while the drum throne is shared by Mike Buck and Wes Starr. All are seasoned veterans, masters of that loose, easy-going groove that swings like mad yet never seems to be trying too hard – there were no rehearsals for the sessions, players instead listening to rough demos and then absolutely nailing every tune. True, the forms are pretty standard, and there are no real surprises – this is stuff they’ve all played a million (or two) times. But like Dykes himself, everyone plays as though it’s as essential as breathing, and music is all that matters.

But then the blues – and really, everything Dykes does is rooted firmly in the blues – isn’t kid stuff. Simple it may be, but that simplicity is deceptive. Unlike the almost instant irrelevancy of passing pop trends, the blues addresses issues and emotions that are timeless, and the craft required to express them only increases with time and experience. Dykes has surely paid his dues – some fifty years’ worth -  and I’m Gone is the work of a mature yet vital artist in his musical prime. Great stuff!