We pick our favorite sad songs.

It is a scientific fact that there have been more love songs written than any other type of tune.  Since time immemorial we humans have penned our feelings in verse and crooned our tenderest of emotions to those our for whom our hearts beat.  Second only to the love song is the the song of loss, heartache and the break-up.  For it seems as often as we give out our love it is returned to us unopened, broken, or destroyed.  I'm the type of person who tends to toss the syrupy love songs into the bin, but I collect sad music like those little heart candies the morning after Valentine's Day.

There is something comforting, cathartic even about a sad song. Its as if by listening to someones elses story of heatbreak we can come to terms with our own.  The best sad songs make the whole world disappear for a few minutes leaving you with nothing left but your own cold emptiness and tears.

So here we are, today we bring to you the Blinded by Sound collection of the saddest songs we know.

Josh Hathaway: "When Your Number Isn't Up" - Mark Lanegan

These lists requiring me to commit to one song are damn nigh impossible but this one is particularly difficult on account of sad songs say so much and I've spent a lot of time in their company over my many years. I could do a playlist of them. I could do a series of playlists of them. Hell, all I need is any of my favorite Elliott Smith

albums and I've got you covered. And then there's The National. And.. and... and... then it comes time to select just one and the artist, for me, was obvious. Mark Lanegan has dominated my listening for years, both as frontman for Screaming Trees as well as his solo work, the latter of which is where I've found a treasure trove of songs for those dark nights of the soul.

Lanegan's version of "When Your Number Isn't Up," a song he penned for his Bubblegum album, will reign supreme for one reason and one reason only: Johnny Cash didn't live long enough to record. Listen to this song and marvel and the forlorn gloom evoked by the arrangement and Lanegan's vocal; next, imagine Cash singing this song either with this same instrumental backing track or an arrangement he and Rick Rubin would have created. Chilling.

The song is about cheating death, which most people would think of as an uplifting theme but you have to read the fine print. Our struggle against the knowledge of our mortality does strange things to us. What happens if you dodge that proverbial bullet -- an image Lanegan uses on the title track from this same album -- and live past your expiration date? You have to read the fine print. There is a season to everything and while death is a mindfuck, maybe it's not the ultimate downer. This passage in the song is the fine print:

"No one needs to tell you/ there's no use for you here anymore/and where are your friends? /they've gone away/ it's a different world and they left you to this/ to janitor the emptiness/so let's get it on..."

You don't need a near-death experience to feel that. If you've ever felt alone, out of place, abandoned, and hopeless, you've walked that road and maybe, just maybe, wondered if it wouldn't be better or easier if someone called for the night porter.

Chris Morgan: "Out in the Streets" by The Shangri-Las

As is my wont, I have interpreted this prompt in my own fashion. I am thinking of songs that are somber or bleak in content, the kind of song that is emotionally resonant and affecting, but not necessarily something that makes me genuinely sad. I feel that is what most people are talking about when it comes to "sad" songs they like, anyway. I find it unlikely that people are listening to songs that are truly making them unhappy with any frequency, unless the world has a lot more masochists in it than I anticipated. So, that's how I decided to approach this. Also, I couldn't think of a song that actually made me sad. Oh wait, "Tears in Heaven" by Eric Clapton. But god, who'd want to read or write about that?

I had pretty much the entire catalog of Bruce Springsteen and The Magnetic Fields at my disposal, and I could have dipped in there. I considering going with "Carrot Rope" by Pavement, because it makes me sad they burnt a spot on their final album, and one of their final singles, on what is probably their worst song. However, I then harkened back to the glory days of the poppy girl groups, namely the "bad girls" of that era, The Shangri-Las.

The more obvious choice may have been "Leader of the Pack," a sort of straightforward "dead man's curve" kind of song, and one that manages to mostly succeed despite being rather teeny bobbery and including the lyric "I met him at the candy store." However, my choice is the more existential ennui of "Out in the Streets." It's a classic tale. Boy meets girl. Boy changes for girl. Boy is miserable because he changed for girl. Girl is miserable because boy is miserable and because she knows she is the reason he is miserable. The fact the song is gorgeously produced and the fact The Shangri-Las had fantastic voices doesn't hurt, either. If you aren't transfixed after the vocals kick in, well, honorable men can differ, but I shall still view you with a jaundiced eye.

Stephanie: "Somebody" by Depeche Mode

You can't have an article about sad sap songs and not reference Depeche Mode! Released in 1984 as an A side for the Some Great Reward record, "Somebody" was an emo kid anthem (before there was a name for emo kids). And it's got all the sad sap staples: stark piano accompaniment, lyrics of longing for love, a video featuring a dark silhouette walking alone, and an impressive rhyme of the words perverted and converted. While Dave Gahan is usually the vocalist for the Mode, "Somebody" features vocals by founding member Martin Gore. Gore's melancholy sound only adds to the sad sap factor. And that hair - oh that Martin Gore hair! Droves of 80's teens sat in their rooms crooning along with Gore as he wished for somebody to share his innermost thoughts. And I may, or may not, have been one of them.

Anyone recovering from a loss—romantic or otherwise—will need to have a tissue box handy when playing “I Never Dreamed You'd Leave in Summer,” a ballad featuring Stevie Wonder at his emotional best. The song is quite 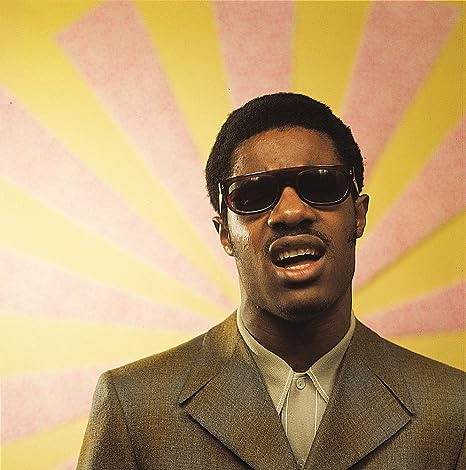 simple, mainly consisting of piano and strings, but its lyrics are profoundly mournful. Wonder tells the story of a dying love affair, using the season metaphor of spring gradually changing into fall. “You said there would be warm love in springtime/ That is when you started to be cold,” he croons. “You said then you'd be the life in autumn/ Said you'd be the one to see the way.”

As he sings, he dreamed that their love would create warmth, energy, and happiness, just like the summer season. As the title suggests, summer is when the unnamed lover chose to end their affair, despite the fact that “I thought the cold would leave by summer.” The most devastating part occurs at the very end, when Wonder cries “why didn't you stay?” drawing out the last word to haunting, echoing effect. With the sound effect and his voice, Wonder recreates the sadness one feels at being left alone, love seemingly banished forever. A cut off his groundbreaking 1971 album Where I'm Coming From, “I Never Dreamed You'd Leave in Summer” illustrates Wonder's burgeoning maturity. With this album he officially ended his “Little Stevie Wonder” phase and completely took charge over his material, from composing to producing each of his albums.

His later 1970s discs have largely overshadowed this work, but Where I'm Coming From contains intensely personal compositions that demonstrate a keen understanding of emotion and storytelling. Wonder resurrected this track in 2009, performing the piece at Michael Jackson's memorial service. Judging by tears streaming down the faces of attendees (and even Wonder himself), it is evident that “I Never Dreamed You'd Leave in Summer” still retains its poignancy.

I have a playlist in iTunes entitled Sad Bastard Songs and its filled with hundreds of tunes that break my little heart plum in two. On sad days and bad day, on days where I don't want to even get out of bed I plugged that 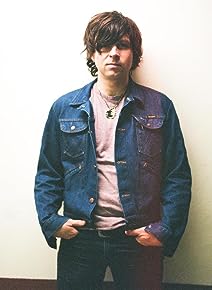 playlist in and wallow in my miseries for a little while until my wife, or daughter drag me out of weeping basket and into the day.  In that playlist there are more than a dozen Ryan Adams songs.  Dude writes misery like no one else.  It was difficult to pick just one Ryan Adams sad song, but this one carries its own special meaning to me personally and so its the one that got chosen.

When Easy Tiger came out my wife and I were going through out own little patch of horribleness.  Things were pretty bleak and I really had no idea what I was going to do.  With "Two" Ryan seemed to be talking directly to me.  Its chorus of "It takes two when it used to take one" rang so omniscent, so true.  For through many years I was but one living on my own and surviving, we were now two and I couldn't bear the thought of going back alone.  Where the chorus sang Truth, the line "I'm fractured, from the fall" slipped into my heart and broke it into.  For at the time I felt exactly that - fractured.  Not broken, not yet anyways, but cracked and ready to fall apart at a moments notice.

Things got better, as they seem to always do, and I became more solid.  More whole.  But that song still slays me. I cannot hear it without being taken back to the void, feeling that helplessness creep in.  I suppose that's the testament to a great sad song, that no matter how happy you might be at the moment, it can snake its arms around you and remind us of just how hard life can truly be.