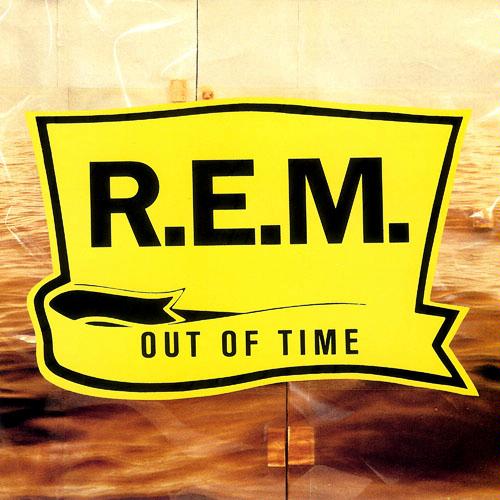 These records changed the sonic scope of the music scene, ushering us all to a decade of flannel fueled grunge music. But there’s another record that came out that year that also altered the music scene. Released March 8, of 1991, R.E.M.’s iconic Out of Time stood in stark contrast to albums like Nevermind and Ten. It was cheerful (lest I remind you of Michael Stipe and Kate Pierson jumping around singing “Shiny Happy People”). It was profound. It blurred genres (KRS–One rapping on “Radio Song”).

Out of Time has stood the test of time and I love the songs today. Listening to the record in its entirety you hear song that are, musically, very different from each other – yet comfortably living in the same space. “Country Feedback,” “Belong,” and “Low” are all pragmatic songs – at tines you almost feel like someone is thinking out loud.

We've been through fake-a-breakdown
Self hurt
Plastics, collections
Self help, self pain,
EST, psychics, fuck all
I was central
I had control
I lost my head
I need this
I need this

Then there are the upbeat tracks like “Near Wild Heaven” and “Texarkana” which I believe set the tone for artists like Blind Melon, whose self titled first album which was released a year later. But for me, the standout track on Out of Time is “Me In Honey.” The Stipe/Pierson vocals in that song are simply amazing. Even today that song is on heavy rotation somewhere on the soundtrack to me life.

Dig this one out of the pile, wish it a happy birthday, and give it another listen kids. It just might bring you back to a place in your life where things were simpler, music came complete with great music videos, and you still purchased cassettes.