See what the fuss is all about 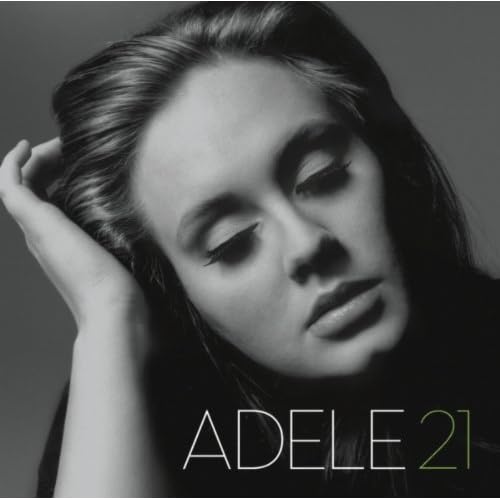 At first glance, Adele’s 19 and 21 are a lot the same: heartache, anger, and love gone wrong with being alone the predictable ending in both scenarios. However, 19 introduced us to a young, vulnerable and broken Adele who was grasping at someone -- anyone -- to love her, for love’s sake. 21 shows us a  more mature Adele who hasn’t just lost any love, she’s lost the love- the one where falling in love with them is as quick, unexpected, and painful as falling out of love with them will inevitably be.

Where 19 ended on a melancholy, introspective note with “Hometown Glory,” 21 kicks off with “Rolling In The Deep” and it’s strong, confident and angry, delivered with the seasoned voice of heartbreak. In this track she’s coming out with guns blazing, tired of fighting and being backed into a corner:

Finally, I can see you crystal clear,
Go ahead and sell me out and I'll lay your ship bare,
See how I'll leave with every piece of you,
Don't underestimate the things that I will do.
There's a fire starting in my heart,
Reaching a fever pitch and it's bring me out the dark.

Classic “don’t f*ck with me, because I will make your life hell” lyrics I think we can all relate to. Next we get “Rumour Has It” that’s a he said/she said account of events going on between the two ex-lovers including hooking up while the newest love isn’t around. Here she delivers my favorite line, “Just ‘cause I said it, doesn’t mean that I meant it,” giving Adele the last word, again.

“Turning Tables” is next and the tempo and feeling of the album starts to change a bit, with declarations like

Under haunted skies I see you.
Where love is lost your ghost is found.
I braved a hundred storms to leave you.
As hard as you try, no, I will never be knocked down

The sentiment is strong but the fight is gone from her voice. It’s the realization that even fighting is a form of holding on to something that’s no longer ours. “Don’t You Remember” is next and is my favorite song on this album, keeping the solemn, heavy heart, and slow acceptance theme of moving forward.

The next few songs take us through more of the roller coaster of feelings associated with breaking up, making up, and then making it final. Then Adele decides to do a cover of "Lovesong" by my beloved The Cure (which my editor Josh will (likely) classify as a warcrime). The theme is dead on, the lyrics fit, but the feeling is all off. This version in no way fits cohesively with the jazzy, bluesy, soulful and even Motown feel of the entire rest of the album. I fast forward through this track each time which is okay because it gets me to the swan song of the album “Someone Like You” that much quicker.

After all the ebb and flow of the emotions here and proclamations of being better off without her ex, we arrive at the truth. They can’t be together but she’ll always be looking for another like him because they were the right people at the wrong time:

I hate to turn up out of the blue uninvited.
But I couldn't stay away, I couldn't fight it.
I had hoped you'd see my face and that you'd be reminded.
That for me it isn't over.

Adele’s voice has more character and fluctuation in this song than on any of the others. She ends things with “Nevermind / I’ll find someone like you / I wish nothing but the best / don’t forget me” in a voice thick with tears, leaving me covered in goosebumps, struggling to catch my breath. Say what you will about Adele’s voice, style, or whatever but her album was released in January and seven months later is still consistently number one on the charts with one song ever present on the singles chart. I’m not the only one rendered speechless and taken to another place in time while listening to this album, a time and place when the love I lost felt like the only one out there for me.