A rewarding singer/songwriter record with a great Americana musical tapestry... 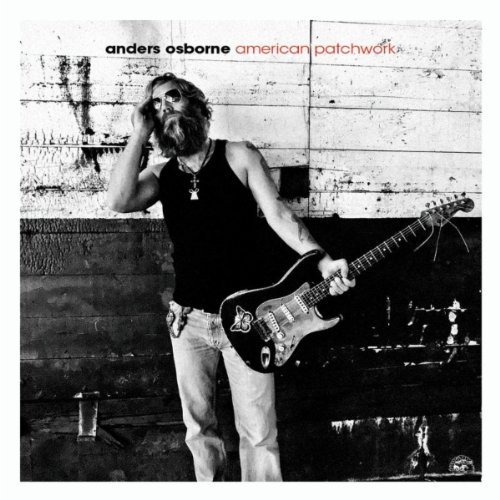 You've probably heard others express and explain the idea that "the work" is its own reward.  I've experienced that in small doses in my own freelance career.  I've learned things about myself and the music I love by writing about it and what I took from that means more than any meager — very meager — monetary compensation I may have made in the exchange.

I've found a new way to be rewarded by the work I'm doing. I started a feature that examines radio play for blues stations from around the world as compiled by the folks at Roots Music Report.  Writing that has allowed me to see many familiar names and albums connecting with a wider audience and the sports fan in me has enjoyed seeing "Team Nick Moss" or "Team Peter Karp / Sue Foley" succeeding.  All of that is nice but I don't particularly need validation to know those records are good.

The greatest reward has been the exposure I've gotten to names I didn't know and albums I would have otherwise overlooked.  The best example of that so far is Anders Osborne and his amazing American Patchwork.

There are always  butterflies in the stomach when I take a chance on an artist whose music I've never heard before.  I had no idea what Osborne sounded like or where he resides on the mythical blues map when I bought American Patchwork at Grimey's, the greatest independent music store in the universe.  I'm a man on a budget.  I don't have the money to buy every CD I want without considering the balance in our checking account.  I'm also a freelance writer with a day job.  I don't have a surplus of time to listen to 1,000 dogshit records looking for diamonds in the dirt.

It only took about 15 seconds of "Road To Charlie Parker" to convince me my time and money had been very well spent.  Osborne wastes no time creating a sizzling synthesis of grinding, funk-infused bluesy roots sounds.  Osborne uses the story of the great jazz legend Charlie Parker, a vital talent whose life was cut short by the ravages of addiction, to warn someone they are headed for a similar fate:

Those lyrics are paired with snarling, ragged guitars and burbling accents from Hammond B3 organ, a potent blend that sets an incredibly high standard for the remainder of the album.

"Standing With Angels" is a touching tribute to one of Osborne's friends and it is a pure, beautiful tale that manages to uplift and inspire despite being a farewell to a someone who has left this earth after experiencing their share of pain and struggle.  The music humbly points to the sky but it's Osborne's impassioned delivery and the obvious devotion to the departed that makes this song so compelling.  He may have written these words with a specific person and circumstance in mind but all of us have been touched by this story.  In its own way, "Standing With Angels" is the sequel to "Road To Charlie Parker." Even if they aren't two parts of the same story, a tragic connection exists.

He has more tales to tell beyond the dangerous road through addiction and the pain it causes and the toll it can ultimately take.  "Meet Me In New Mexico" is an invitation for two lovers to bridge the distance between them.  Osborne may be referring to literal geographic distance and a scenario where the New Mexico desert is the halfway point or he may be speaking in metaphor. Either way it's just a great song with a sweet melody.

I reviewed Joe Bonamassa's Black Rock and mentioned the title being 'truth in advertising.'  The same is true of American Patchwork.  Osborne is a singer/songwriter with a deep understanding of traditional American musics andhe  uses this knowledge to adorn, embellish, and decorate his lyrical ideas.  He's not a bluesman looking for a record to happen or needing something resembling a song to contain his virtuosic solos.  He's a poet and storyteller who sings, using songs to deliver his tales to the audience.

This is no traditional blues record and it have have gone multi-platinum in the '70s when the California alt-country/singer-songwriter sound got played on the airwaves.  This is American music with a terrific singer singing great stories.  Life sometimes rewards the daring.  I took the plunge and discovered something great.  Here's your invitation to do the same.