The last King of The Blues has made one of the finest records of his distinguished reign... 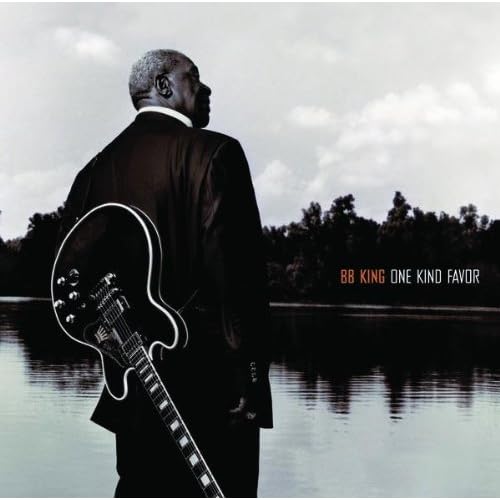 Innovation can be overrated. Change for change's sake is just that, neither inherently good nor bad. You have to read the fine print. Don't ever bet things can't get worse, that there's nowhere further to fall. That's a sucker's bet, one that many have lost. There's a lot to be said for knowing who you are, what you do, and where you live.

I've always preferred the traditional to the modern when it comes to the blues. I know there are some who argue for the genre to flourish it must grow. Doesn't it get stale if you never venture outside the comfort zone? Isn't experimentation vital to an artist, a genre? It's debatable. To quote Springsteen, "What if what you do to survive kills the things you love?" As with most things, balance is key. It's good to venture out there a ways as long as you're tethered to something to bring you back or you leave a trail of breadcrumbs if you lose your way.

I scoffed a little when I heard B.B. King was going to make a "back to basics" record of blues standards. The idea felt a little gimmicky to me. It's not as though King's discography is littered with wild variations. He's the King of the Blues and a National Treasure. How far is that journey back to the basics? Will we notice the difference? Is it one worth taking?

King considered some of these things himself when the idea was pitched to him by producer T Bone Burnett. Could the B.B. King of today get back into the mind, mode, and sound of the B.B. King of the '50s? A group of heavyweights joined King to find the answer, inlcuding producer Burnett, legendary pianist Dr. John, bassist Nathan East (Eric Clapton), and super session drummer Jim Keltner.  The musicians aren't the only stars in this equation as King and Burnett chose 12 outstanding songs.

In order to really recapture the sound of classic King, Burnett re-created a recording studio circa 1950 and cut the songs live in studio. There's a warm, vintage sound with just a hint of that familiar distortion on the vocal and drum microphones, replicating the beauties and limitations of the science of sound recording and reproduction of those days gone by. These songs sound like they were recorded for vinyl, like they should be heard on a jukebox in a smoky lounge or nightclub.

Elegant, classy, and vintage are the first words that come to mind in describing this record. There's a mature sophistication to this excellent collection of blues standards. Jim Keltner's jazzy, inspired drumming gives a syncopated swing to album opening "See That My Grave Is Kept Clean," a clear highlight on the record. From the balladeering of "Sitting On Top Of The World" and "Blues Before Sunrise," King is in strong voice, sounding relaxed and confident. Fans of the the legend's patented single-string leads will find plenty to sink their teeth into on cuts like "Get These Blues Off Me" and "Backwater Blues."

Whether King needed revitalizing or not, he's found it on this record. The song selections are inspired, the arrangements sympathetic, and the playing tight. One Kind Favor sounds like it could have been recorded during King's golden age and as such stands among the best work he's ever done.