Bettye LaVette gives us a glimpse of what British Invastion-era rock and roll might sound like if it were to return to its roots... 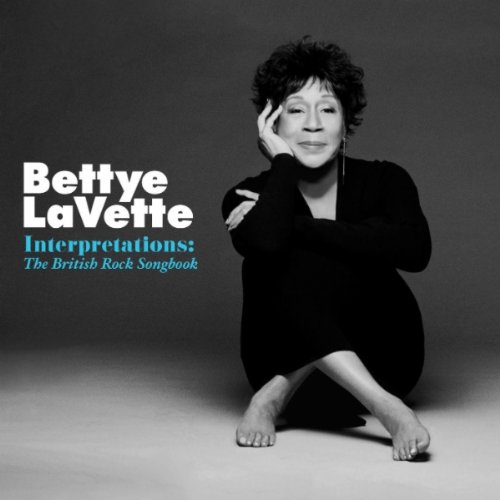 Rock and roll history can’t be told without discussing the British Invasion, when British teenagers morphed the imported American blues and R&B records they listened to into one of the most influential sounds ever produced.  The records and artists that sprang forth from that movement continue to shape the constructs of popular music decades later.

The story is well chronicled  and seems simple on the surface but as with most things in life gets complicated when you look beneath.  To some, it’s simply one chapter in the ongoing tale of the evolution of music that has been happening around the world for thousands of years.  To others, the British Invasion is a tale of the power of music to transform and unite.  For others, it’s a tale of white kids — American and European — copying and/or outright stealing from black innovators.

Enter Bettye LaVette whose new album is a collection of songs from the British rock songbook.  Over the course of 13 tracks she performs songs by The Beatles as well as songs from McCartney, Harrison, and Starr’s solo career.  She also takes on songs from the Moody Blues, Pink Floyd, The Who, and Elton John.

It’s not a new idea for African-American artists to try reclaiming what began as theirs by taking on the British offspring of their artistic creations.  Wilson Pickett wonderfully covered “Hey Jude” with Duane Allman’s assistance, Muddy Waters and Howlin’ Wolf performed with some of the British kids who worshipped them and Waters was guided (or some would say misguided) by the Chess brothers to try emulating those same performers on his own records, and there are countless other examples.  Yes, it’s been done before but there is something fresh about the way LaVette completes this circle.

It’s not just that she is one of the premiere vocalists on the planet (that obviously helps).  What makes this album special and compelling and engrossing is explained in the title: interpretations.  LaVette isn’t covering “Nights In White Satin” or Wish You Were Here;” she is reinterpreting them and making them her own, showing no allegiance to the arrangement or concept of their original incarnation.  She isn’t confined by the melodies and arrangements of these songs because she says she heard them differently in the first place.

She doesn’t just reinterpret the best songs on this record, she completely inhabits them.  In some instances it’s hard to imagine her versions aren’t the original and the more famous version a cover.  “Nights In White Satin” is a famous song that never really did much for me and now I understand why.  The Moody Blues bring drama and ambience to their recording and it’s very pleasant but it never stirred anything inside me.  LaVette allows the song to soar but also anchors it to something and gives it weight.

George Harrison’s “Isn’t It A Pity” is mournful and melancholy in its original setting.  Harrison often wrote from the outward-looking perspective of a spiritual wanderer.  He wrote his share of pop songs but he maintained an interest in bigger ideas and his songs often had that same ambition.  LaVette takes Harrison’s rumination on the damage done by selfishness and heartbreak and makes it something tragic.  It’s hard to imagine taking Harrison’s songs and making them feel even larger, but the yearning in her performance makes the sadness and sorrow deeper.

The highlight of the entire set, however, is the bonus song at album’s end.  Bettye LaVette was invited to sing at the Kennedy Center as part of a performance honoring The Who, among others.  Ex-Nirvana drummer and Foo Fighter frontman Dave Grohl was also a part of that show and in his mind LaVette was the star of the show, saying her performance would bring tears to your eye.  Who guitarist and songwriter Pete Townshend agreed with Grohl and both of them are right.  I’ve been at best a casual fan of The Who and “Love Reign O'er Me” was not one of the songs I fancied in part because Daltrey’s over-the-top vocal was a turnoff.  LaVette summons more power and emotion in her performance than Daltrey ever did, and that’s not a knock on him.  LaVette’s performances across this album and in particular “Love” make a lot of great rock singers sound a little smaller by the time she finishes singing their song.

One of the real miracles and achievements of this record is that it reminds us how special these songs are by showing us their greatness in a completely different light.  Rock fans may always prefer the version they were first introduced to but thanks to LaVette these songs are now so much more.