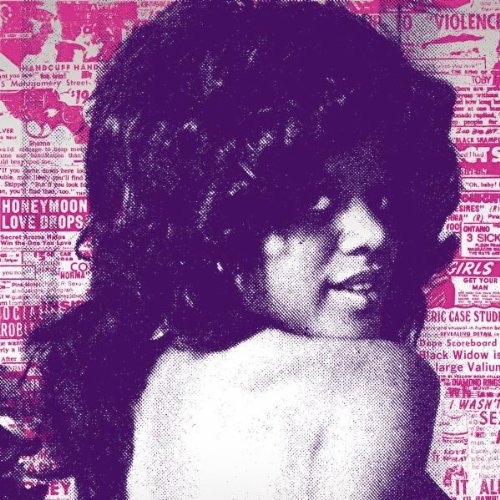 Black Joe Lewis & The Honeybears' Scandalous is a concoction of Sly & The Family Stone, James Brown, Jimi Hendrix, old school R&B and funk, Memphis' Stax soul, and some dirty blues -- in other words, everything Lenny Kravitz has been trying to do for the past 20 years with varying degrees of luck or the fictional AM radio dial in a Quentin Tarantino movie.

"Livin' In The Jungle" is an urban, soulful re-write of Guns N' Roses' classic "Welcome To The Jungle." Somewhere, Slash is laughing his ass off, and you can guaran-damn-tee he is getting down to the impossible, undeniable groove. This is no cover and know one is being brought to their sha-na-na-na-na-knees, but the connection between the songs is inescapable. Instead of Axl's scatological screech we have the fast-talking chop-chop of the rhythm guitar and Black Joe Lewis in search of his groove. Trust me, he found it. "Booty City" will give you an incurable case of "boogie fever."

The production has left a little murk and grime on the sound, which has the effect of putting the brakes on the size and scope of the soundscape. It's a perplexing dynamic. These guys sound like they want to rock, creating a big noise and a hard groove, without sounding slick. There are times they sound like they handcuffed themselves unnecessarily because it's quite possible to sound huge without surrendering to gloss.

"I'm Gonna Leave You" opens with a hypnotic, droning, John Lee Hooker-like quality to it. Brief horn accents break the trance between verses. Lewis' vocal is processed and buried as his guitar solo.  "Black Snake" works similar terrain with a gritty blast of harmonica blazing a nasty trail at song's end. Lewis' vocals are never more fiery than on "She's So Scandalous." The riff is a soulful variation of the Guess Who's "American Woman" with some great horn figures. A cover of "Since I Met You Baby" features some of Lewis' strongest guitar work on the album and another great, howling vocal.

At a scant 38 minutes, it should be able to hold my attention from beginning to end but I find myself nodding out. There is a consistent formula to the Honeybears' sound and the way styles are mixed despite such a vast pool of influences from which to draw and that consistency blunts the album's momentum. Lewis is adept at slapping a cool coat of sonic paint on an idea but he's not a consistent finisher on Scandalous.